Many highly innovative and skilful construction businesses are contributing significantly to the UK economy and having access to HMRC’s R&D relief scheme has enabled them to develop and enhance technologies in their field.

R&D in construction: How do recent HMRC developments affect you?

Matt Cook of Goodman Jones and Joe McGurk of Kene Partners discussed the implications in a webinar and here we distil the key points.

What’s going on with HMRC enquiries into construction R&D claims? 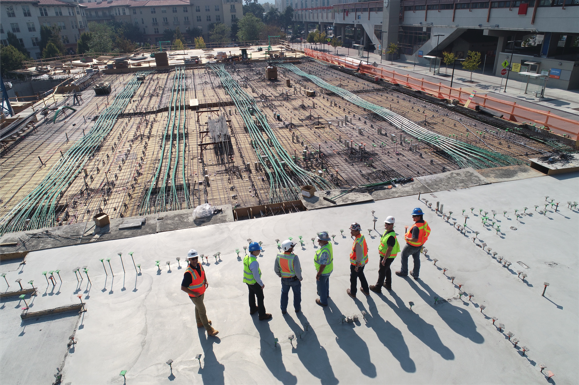 Enquiries can be opened on the basis of randomised spot checks or targeted technical queries. Their figures show between 2-5% of all claims have been enquired into, but actually they are quite confidently stating that they’ve increased their enquiry rate by a hundred percent this year so we can imagine that to now be between 5 and 10%.

That’s still actually quite a low number when you consider some 80,000 claims were submitted last year. Which is a phenomenally large number. And following on from the Research & Development Communication Forum this month, they believe that the same number or slightly more will be submitted again this year.

However, this year we’ve actually seen very few enquiries. Some people in the industry think it’s a little bit of calm before the storm, and that something is coming in conjunction with some of the changes that have been outlined recently.

What does HMRC look for in raising an inquiry into an R&D claim?

There are a number of things they can look at. They can enquire on the basis of whether you are carrying out qualifying activities, incurring qualifying expenditure or it can be understanding of the boundaries of R&D projects – that is when R&D begins and ends in the context of the wider commercial project.

The most important thing is that if you have a robust methodology which supports the expenditure that you’ve identified in your claim and there is demonstrable understanding of the guidelines and legislation, then you’re going to be in a good position to resist any HMRC enquiry. What they are really focusing on at the moment are erroneous claims, fraudulent claims if we want to be a little bit fantastical with the expression.

But largely it’s people who are claiming when they shouldn’t be. And that’s been an enormous issue for HMRC coming off the back of £300 million identified as fraudulent or erroneous claims last year. They’re understandably cautious about issuing out credits without due diligence.

What happens when you get an enquiry into an R&D claim?

It often starts very broadly, but they normally have a focus that’s either financial or technical. You’ll get a letter outlining some of their concerns.  The more you communicate with them the more you start to understand actually where the concern is. An enquiry often has to do with boundaries, technical understanding, very rarely to do with the size of the claim when you get down to the nitty gritty.  You will be invited to respond with evidence and they may do the same.

Actually, if it qualifies, it qualifies, and they are very good in that respect. This is why we do not encourage tax payers to shy away from making large claims, provided they are accurate. The suggestion that you can ‘fly under the radar’ with a small claim has never been less true than now.

HMRC will outline any further queries and you can either make an agreement or not. And then after that, of course, it can go to appeal.

In theory it is quite a clean process. In practice, it’s very drawn out. It can be quite invasive, and incredibly frustrating.

If we received money from HMRC does that mean they’ve approved the claim and there won’t be an enquiry?

People erroneously think that because they’ve received money that HMRC effectively has approved their methodology, the qualifying status of the work they have carried out and their understanding of the boundaries of R&D, and that’s absolutely not the case.

We have to remember these are self-assessment forms so the majority of them will just be processed as would a normal tax return. It’s only those 10% that go to an enquiry that are really scrutinised. Which is why people can be lulled into thinking everything is in order. Actually HMRC requirements year on year increase as the scheme matures, therefore the scrutiny you pay to the technical and financial elements of your claim should also increase.

How long after the claim can HMRC launch an enquiry?

In practice it’s a year. We’ve seen it stretch a little bit further than that. An agent typically hides behind the concept that they’re protecting taxpayer money and they can take as long as they want to. If there is a suspicion of fraud then the timeline for enquiry can be much longer.

What does the Quinn London case mean for R&D claims in construction?

The Quinn London case, is particularly important for construction clients.  It’s the first big one that’s hit the news. HMRC have picked up an enquiry and disagreed with a particular point which is about ‘subsidised R&D’. That is where work is carried out for a client and the R&D expenditure is deemed to have been ‘subsidised’ by the fees paid for that work.  HMRC’s argument was that if you’re carrying out work that is contracted to you by a client, and that work requires R&D and you’re paid to do that work, then it is subsidised R&D on the basis that its part of the contract with the client.  However, for now HMRC has lost the first-tier tribunal in what is in  some respects a landmark case.

That was thrown out because in effect that would mean that people who do work for clients can’t claim R&D which is a simplification of the summary but really is the crux of it. The Quinn London case actually ended up being successful on the basis that HMRC focused on subsidised expenditure and had a really narrow and unfair interpretation of the legislation.

Having spoken with some of the HMRC inspectors, they actually feel like they missed an opportunity to challenge on a subcontractor basis and they’ve made it very clear that their stance remains the same. Just because they’ve lost one doesn’t mean they won’t contend on exactly the same conditions in the future, which is encouraging in some ways, because they are being consistent.

What is concerning about this stance is that some of us were hoping this would offer some level of precedent. They’ve been very clear. The Quinn ruling offers no precedent so we won’t be able to bring it up in future enquiries.

Is there a big risk then for subcontractors making claims being paid from main contractors?

HMRC is obviously narrowing the scope of R&D and it’s a contentious issue. We disagree with HMRC’s stance on sub-contractors R&D and subsidy. There’s a 65% cap already.

Is there anything subcontractors can do currently to protect their position?

The company can really protect itself by preparing to dispel the evidential burden with documentation and evidence and show the role between the sort of time and organisation for whom the work was delivered and the party has given the instruction or with the autonomy for resolving the uncertainties.

It’s really important that contracts are clear about what is included. You can actually go as far as to say, this will not include any subsided costs got for R&D. You could be really explicit in your contract and that would really help. But in lieu of that, the best thing you can do is evidence that you are the experts carrying out R&D independently of the company that has contracted you to do it without their direction.

However, in the construction sector, quite often, the conversations will happen on the phone. So it’s about getting into the habit of documenting the work you’re doing because it will protect you down the line.

The focus on record keeping has become more and more important. People are going to have to be able to keep records and evidence of the work that they’re doing. And it might go as far as needing to make applications for R&D within the year that the R&D is carried out.

There is some good news and some bad news. The good news is that HMRC have broadened the scope a little bit. So they are going to allow costs for cloud hosting, computing, and data, which they’ve resisted for years and years but are completely valid areas of expenditure.

Some slightly worse news is that they are intending to remove the ability to claim for sub-contracted R&D that’s carried out outside of the UK. That will be extended to EPWs (externally provided workers). They haven’t confirmed whether or not it will affect companies with branches in other countries, but I think we can safely assume that if they’re not subject to PAYE in the UK, they won’t qualify. Beyond that, there’s a lot of focus on automation and fraud reduction, and a move towards a digital submission. It’s all part of the refining of the process, but also addressing some serious fraud that’s been undertaken in the industry.

The intention is that it will amount to 2.4% of GDP by 2027/28, which is an astronomical amount of money. £8 billion was claimed last year and that number goes up year on year. HMRC say they are willing and they want to be able to invest that money, that they want to award it to businesses in the UK, but they do have to address the leakage that’s been caused by erroneous claims and misunderstanding of the schemes. Both advisers and taxpayers are equally at fault for the number of fraudulent claims that have been made.

Whilst that’s good news for legitimate claims, in the short term, there will be some real administrative burden. However, the average claim size in the UK for SMEs is about £50,000 pounds so it may not be unreasonable to see a tightening of the rules being required.

How will R&D claims be submitted?

Returns and claims will have to be submitted by the online portal as you would normally submit a tax return. Historically it’s been possible to email them through to an inbox. This encourages, or at least enables a little bit of that kind of misbehaviour from certain agents, whereby they might white label their report so that HMRC doesn’t know who they have been prepared by.

It also takes away the need for the due diligence that is undertaken when a tax return is submitted. Above that, there’s also a suggestion that we will be required to make an application or give notice of intention to submit an R&D claim within a financial year.

Why do we need to give the name of our R&D agent?

It gives HMRC the opportunity to target agents they know who are submitting erroneous claims or don’t have a good understanding of the scheme. It means that you really have to put your name to the claims you’re submitting. This coupled with the digital submission will really address some of the big issues that rogue agents have brought to the industry.