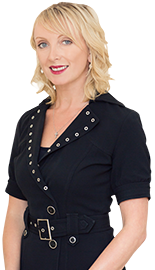 The most important thing for companies is to put a structure in place and be strategic about how they manage their currency risk... 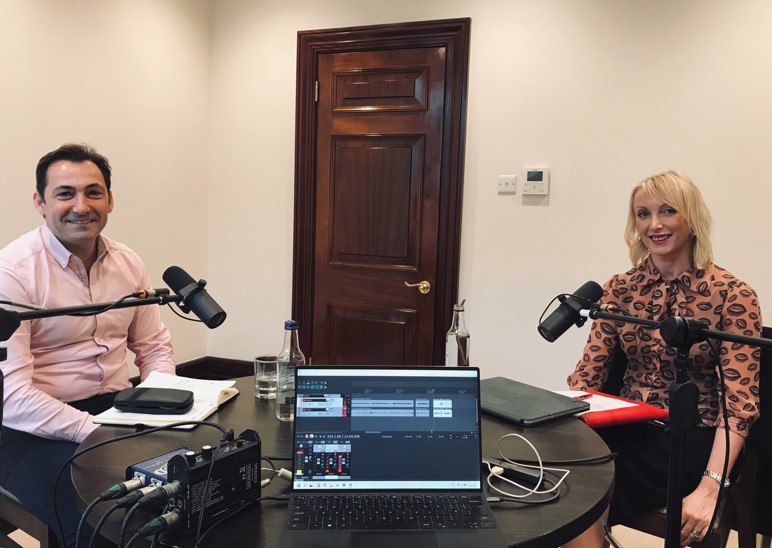 Esther: So joining us today is Martin Mulligan from VUCA treasury. VUCA treasury is authorized and regulated by the FCA to provide advice to business clients on foreign exchange, interest rate risks, and in 2021 have advised on transactions with a notional value well in excess of $1 billion. So, hello!

Martin: Esther, how are you doing?

Esther: I’m good. How are you on this Valentine’s Day?

Martin: I’m great. Relishing the opportunity to have a chat about something that I love on Valentine’s Day, which is currency markets. I’m not sure my wife would agree, but…

Esther: Excellent. Well, let’s kick off by telling us what currency risk is.

Martin: Currency risk means different things to different businesses. So the way we would look at it from a taxonomy point of view would be we’d split between currency risk, which affects the balance sheet. So things like overseas investments, assets, and liability. So foreign currency loans. And then currency risk that affects the income statement. So dollars or Euros that you need to buy and sell on an ongoing basis as part of your normal business operations. There’s also translation risk as well, the accounting side, but we don’t tend to get too involved in that. It tends to be just… If there’s an issue with covenants that clients want to manage that risk, or if they’re looking to sell an asset. So it’s mainly the transactional FX risk that we are occupied with.

Esther: So when do you think a business should hedge their FX risk or when should they consider it?

Martin: It all depends on the interplay between business risk and financial risk. So if the business risk is high and by business risk being high, I mean, if the margins are low or if they’ve got very little ability to pass on price pressures to the customers, I think then they need to focus on financial risk and managing that. So putting hedges in place to cover their future costs and revenues.

Other things that might be relevant from the point of view of a client looking to hedge risk would be, you know, the currency pair that they’re involved in as well. So some currencies are a lot easier to hedge than others. Some of the more exotic currencies are very difficult to hedge because there are controls in place, or they might be very expensive. Because interest rates for example, in Turkey, are close to 20%. So it’s very expensive to hedge forward Turkish lira and then it depends on the currency pair as well. So a Sterling against the Euro is quite a stable currency. Whereas Sterling against the dollar is a little bit more volatile. So in a given year, you might see Sterling, Euro trade, 10% range, whereas Sterling might trade 15%. So if you’re exposed to the dollar, you probably need to be more focused on hedging that risk than you would be for the Euro.

Esther: Okay. Thank you. It sounds quite complicated.

Martin: It can be as complicated as you want to make it. I mean, you know, it can be really, really simple. And I think the most important thing for companies is to put a structure in place and be strategic about how they manage their currency risk. You know, some companies that we deal with will hedge with a forward for the next three months and do it on a rolling basis. Some companies want to be a little bit more strategic. They look at the products they’re using, option-based structures, as well as forwards. They might want to look for a hedge, for a longer hedge, part of their risk, but it really is up to the client and the risk tolerances and the risks that they’re exposed to.

Esther: Okay. Thank you. So thinking about us here at G J we’ve got clients who have exposure obviously to FX, either through companies setting up in the UK or UK clients looking to export. What do you think Martin are some of the common errors that you see when companies manage their FX?

Martin: I think the biggest issue that we’ve seen for most of our clients is that they tend to be focused on currency as a process rather than something that adds value to the business. So it tends to be something that’s done by an admin person. There’s no sort of strategic input into the decisions at all. And I think that’s the most important thing for any business to do is take a strategic view on the currency exposure. In any given year the Sterling could move 10, 20%, maybe even more against some currencies. We’ve seen obviously after the EU referendum Sterling fell well over 10% in the day. So currency risk can be really, really material. I think the most important thing for businesses, is to have that strategic perspective and decide at a board level, what are the best ways to manage those risks.

Some of the mistakes that we see for example are situations where, you know, clients might take a view on the currency. So they’re not looking at the actual underlying financials within the business and what the margins are, they’re taking a view, oh, look, we think Sterling’s going to go higher against the Euro. So therefore we are going to hedge or we’re not going to hedge, even though it might not be the right thing for the business itself.

Some of the other issues or areas that come to mind, that I want to focus on are, you know, how much they hedge. One of the things that we see quite often and particularly is an issue for some of those clients that you’re talking about, Esther, who are setting up overseas operations. The simplest thing to do is to celebrate a currency account, particularly when you’ve got two-way flows in a currency.

So say, for example, you’re setting up an office in Dublin and you’re going to need to buy euros to pay for office costs. And you need to buy euros to pay for staff costs, but your business might start generating euros as well. So you’re going to have two-way flows. And, what we see quite often is that businesses will buy euros and sell euros when really it’s the net amount that they need to be focused on. So pay some attention to how you approach your FX, you can make some simple changes that make a very big difference.

Esther: Excellent. Yes, sounds good. Sounds sensible. How easy is it to set up a foreign currency account?

Martin: It should be very straightforward and depending on the bank that you’re using here in the UK, or indeed, if you’re dealing with a company that’s overseas that is looking to set up in the UK, they should be able to get Sterling, Euro, dollar accounts as standard as part of the normal banking package. If they can’t, currency collection accounts are very easy to set up with any number of the FX brokers that are out there in the market. At the moment they provide collection accounts as standard, and that can help bridge the gap between having an account to be able to use in the short term and getting that longer-term transactional current account set up with your banking provider if there’s some sort of delay there in the interim.

Esther: Okay, Great. So coming up to date now, what do you see as the key risks facing the financial markets in 2022?

Martin: Well, already you’ve seen, you know, a couple of factors at play. So in January, the big issue was a risk of sentiment. So we saw bond markets and equity markets fall quite dramatically. We saw Facebook, for example, fall over 30% in a matter of days, the NASDAQ’s down probably about 13% Euro a year. So whenever you see that risk-off sentiment build, you tend to see move into some of the safe-haven currencies. So the Japanese Yen being one. So the Japanese Yen did actually very well over January. The US dollar is another one. What we’ve seen since then in the last couple of weeks, following some central bank meetings in Europe, in the US, and in the UK, the focus now is on inflation and interest rate rises. So those currencies that have interest rate rises are already delivered. In the case of the bank of England over the last couple of meetings or from the US where they’re talking about putting in a rate increase at the meeting next month, those currencies are doing very well. So the Sterling and the dollar are doing very well. The Euro is less so. We’re expecting no changes in interest rates from DCB until probably September, October, the very, very earliest. So certainly for the first half of the year, we would think that inflation and interest rate widen in differential in favour of Sterling will favour the pound against currencies like the Euro and the Yen as well.

Esther: Okay. So with inflation rising by over 5%, what can companies with FX exposures do to manage costs within their business? Do you think…?

Martin: That’s a really good question. I think the big thing, as you said, is to focus on your costs and how to change your processes, the way you manage your currency exposures to tighten up on that. So the simplest thing to do would be to benchmark the pricing you’re receiving already from your provider. Have a look at the payments you’re making, you know, if you’re making payments on a daily basis, can you make a payment on a weekly or monthly basis to cut those charges down? The margin that your provider’s charging you, I mean, when was the last time you benchmark the rate to make sure that it’s a fair price?

Quite often, you know, particularly when you’ve been working with the same provider for a number of years, the price is widening all the time. It’s not a regulated product, the spot market or the forward market for that matter. So prices can wide over time. So it’s important to benchmark that price. As I said before, use currency accounts when you’ve got two-way flows. So instead of buying $100,000 and selling $50,000, buy $50,000.

Martin: So use your currency account to manage the rest of it. And, you know, the most important thing is if you haven’t done already consider hedging. The great thing about hedging forward your currency risk is that it buys you time. It’s a tactical solution to, you know, a longer-term problem and allows you to make some changes within your business and gives you that time to do that.

Esther: Okay. Great. Thanks, Martin. That’s super helpful in what could be quite a complicated subject.

Martin: No problem. Glad to talk.

If you have any questions about Esther and Martin’s conversation today, or any other queries related to currency risk or financial markets, contact Esther via our website, Goodmanjones.com or Martin via VUCAtreasury.com