Reviewing your charity’s processes around tracking reserves is an important exercise and shouldn’t be dismissed as a year-end accounts process.

Fund accounting for charities – the importance of monitoring restricted funds 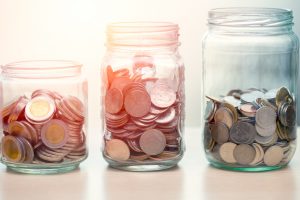 One of the ways in which charity accounts are ‘different,’ is the use of fund accounting.

Fund accounting splits income and expenditure into different pots depending on the purpose of the donation.

There are four types of fund:

Knowing the position on each of a charity’s funds at any point in time is an essential part of a charity’s financial management. In particular, there is a need to be able distinguish between unrestricted (including designated) funds and restricted funds. Restricted funds can only be spent in accordance with the requests of the donor; failure to do this may be a breach of trust.

So why else is it important to monitor restricted fund balances?

Reserves policy – every charity needs to develop its own reserves policy that establishes an appropriate level of reserves for the charity to hold. Restricted funds fall outside of the definition of free reserves – but they still impact a charity’s reserves policy.

Donor reporting – it is often the case that that when restricted funds are awarded to a charity, the donor specifies that a report be provided on how these funds have been spent. Such a request may be made for unrestricted funds too. These donor reports will not necessarily coincide with your accounts year-end.

Many charities, both large and small, perform the analysis and allocation of expenditure by fund as part of the annual accounts process. Therefore, you need to make sure that you can easily identify the expenditure connected to each restricted fund at any time during the year. Ensuring that your accounting system allows allocation of income and expenditure to a particular department/project/cost centre should make extracting the information for the donor report more straightforward.

Accounting system and resource –good questions to ask include: does the absence of monitoring funds during the year indicate that your charity has outgrown your accounting system? Is the system still fit for purpose? Does it highlight a training need for your accounts team? Are the trustees receiving the financial information they require?

The above are just a few reasons as to why restricted funds should be monitored on an ongoing basis – but it’s certainly not a definitive list!

Reviewing your charity’s processes around tracking reserves is an important exercise and shouldn’t be dismissed as a year-end accounts process.

Do get in touch if you have any questions on how your charity can best monitor its funds.