You should still review your position as shareholder and your company Articles to see if they satisfy this new test, but this is a welcome relaxation of the original proposals. 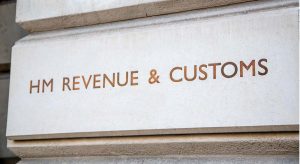 Following on from my previous blog and the issue of alphabet shares discussed there, HMRC have revisited Entrepreneurs’ Relief and amendments were made to the Finance Bill as it made its way through Parliament. This softened the effects of the restrictions that were originally proposed in the Budget. The Finance Act received Royal Assent on 12 February 2019 and these revisions are now final.

Under the new rules introduced by the Finance Act 2019 an individual would need to be an ‘equity holder’ to obtain Entrepreneurs’ Relief on their shares. An equity holder is a term which is rather wider than holders of ordinary share capital and includes holders of convertible loan notes, or debt securities with equity like characteristics. So a holder of ordinary share capital could have found their entitlement was diluted below the 5% threshold when other rights were taken into account. Additionally the rights of the ‘equity holder’ are not restricted to checking that they have at least 5% of the ordinary share capital which controlled at least 5% of the voting rights. The 5% test is extended to considering the individual’s entitlement to the distributable reserves of the company and assets on a winding up of that company.

These changes cause difficulties when there were different classes of shares – alphabet shares – which are often used to declare dividends between different classes of shareholders at different rates. Entrepreneurs’ Relief would not have been available if these new rules had been introduced without change as the discretionary levels of dividend would have meant that shareholders would not have had a guaranteed entitlement to 5% of the company’s distributable reserves.

This proposed change was not withdrawn. Instead, an additional and alternative, 5% test has been introduced which softens the impact of the change. The legislation looks at a shareholder’s entitlement to the proceeds if the whole company were sold, including a liquidation as well as a sale. One important difference here is that this test is applied as a snapshot considered at the date of the sale/liquidation rather than throughout the whole share ownership period. So in the case of alphabet shares, it would be possible to vary entitlement to dividends throughout the holding period, but provided the shares rank equally on a sale/liquidation and the holder is entitled to 5% of the assets of the company on a winding up then Entrepreneurs Relief is available. This revision only considers ordinary share capital, so the rights of other ‘equity holders’ are disregarded when considering this.

The revision could be beneficial to management in situations where outside investors have a preferential right to proceeds in the event of a sale of the company. At the beginning of trading, when the company holds little value, the preferential rights would mean that an ordinary shareholder (i.e. management) may not be entitled to 5% of the sale proceeds. However, as the company increases in value, the ordinary shareholder’s entitlement increase. If the company is then sold, the two year qualifying holding period will begin on the date of the first acquisition of the shares, but the test as to whether it is his qualifying personal company would only be applied on the date of disposal when the 5% test will be satisfied.

Clients should still review their position as shareholder and their company Articles. to see if they satisfy this new test now that the rules have been finalised but this is a welcome relaxation of the original proposals.