Each business should review its structure, past transactions and internal fund flows in order to determine the cost versus the benefit of no deal planning.

Possible Tax Impact of a No Deal Brexit on Groups 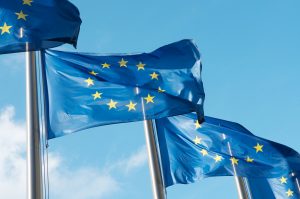 James Hallett’s excellent blog on preparation for a No Deal Brexit highlights some of the practical consequences which should be considered by 29 March. James highlighted practicalities for import/export and financial reporting.

Group structuring and group cash flows may also be impacted by a No Deal Brexit.

Some EU countries’ domestic legislation provides specific reliefs if the counter-party is in the EU. These reliefs may have been relied upon for past transactions and reorganisations. As the UK may no longer be classed as an EU counter-party this may result in clawback of a relief which has been relied upon. Sticking to this theme, there may well have been migration involving the UK which has relied on tax deferrals under the EU freedom of movement. The UK’s departure from Europe may put the availability of those deferrals at risk and generate unforeseen tax liabilities.

At a more esoteric level the existence of a UK subsidiary, which is no longer within the EU, within a European group may adversely affect treaty benefit claims under double tax treaties involving EU countries and the US. The reliance on such treaties and the consequence of the UK’s departure from the EU should be considered.

At a more basic level dividend, interest and royalty flows may rely on the EU Parent Subsidiary Directive or the Interest and Royalty Directive to prevent the application of withholding taxes. With the UK leaving the EU the ability to apply the terms of these directives would be at risk.

Without the benefit of the directive it would be necessary to consider the double tax treaty which the UK has negotiated with the counter jurisdiction to determine the extent to which there is a reduced rate of withholding tax provided under the treaty. This is particularly of concern if debt has been obtained from elsewhere in the EU and the terms of the loans include a gross up clause for interest. If the treaty reduces the domestic rate of withholding tax then the process to obtain treaty benefit would have to be followed. There are varying processes and varying time frames required to access treaty benefits.

Election to tax the overseas dividend

The above are a flavour of the myriad of direct tax consequences of a No Deal Brexit and show that there is no one size fits all solution for business. Each business should review its structure, past transactions and internal fund flows in order to determine the cost versus the benefit of No Deal planning.