Make sure you check your position against the new requirements.

Changes to Entrepreneurs’ Relief: What every business owner needs to know now 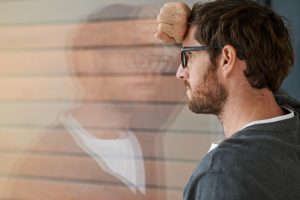 Entrepreneurs’ Relief is considered one of the most attractive tax reliefs but we’ve worked with a few business owners recently who have assumed they qualify only to find to their horror that they don’t.

In the most recent Budget there has been a relaxation to the conditions associated with the relief and two further restrictions on accessing the relief.

The relief applies where a shareholder owns at least 5% of a company’s share capital. The Government have been sympathetic to individuals who find that their interest is diluted below the 5% threshold due to capital funding rounds. The funding is for the benefit of the business as it provides capital to expand but is detrimental to the shareholder as they no longer meet the conditions for Entrepreneurs’ Relief.

Draft legislation has been issued which allows the shareholder to be treated as if they dispose of, and reacquire, their shares immediately before the dilution. This allows them to bank their Entrepreneurs’ Relief before they cease to meet the 5% threshold test. This is an election and therefore not mandatory on the shareholder. If a capital gain is treated as realised, then there is a second election which allows the individual to defer payment of the tax on the gain until the shares are subsequently sold. This prevents the Entrepreneurs’ Relief claim on the deemed disposal giving rise to a tax liability but without having the money to fund it.

Some practitioners are questioning how the shares can be valued at the time of dilution. Of course, if there is dilution then there would normally be a third-party acquiring share at a known value. If that third party is acquiring shares at a negotiated market value, then it gives an indication of the basis for the deemed disposal.

The disadvantage of deferring the gain until payment of the tax is the risk that tax rates rise, or Entrepreneurs’ Relief is abolished prior to the eventual share sale.

There have been two restrictions. The first is the qualifying holding period has been extended from one year to two for disposals on or after 6 April 2019. This suggests that some shareholders are looking to make a disposal before the end of the current tax year as they know that they will not meet the qualifying condition immediately on commencement of the next tax year.

There has been debate within the profession about the impact of the new conditions on alphabet shares. Alphabet shares have often been issued in family companies to allow different shareholders the right to dividends without automatically requiring dividends to be paid to other shareholders at the same rate. These shares therefore allow individuals to receive dividends in sums which are tax efficient for themselves. Typically, the Articles of the company specifically state that the shareholder is not entitled to dividends in the company until such time as the Board declare dividends on their classes of share. This is to prevent the need for all classes to receive dividends at the same rate.

If the Articles state that a shareholder is not entitled to dividends, then some commentators have identified that alphabet shares may not be eligible to Entrepreneurs’ Relief as there is no entitlement to 5% of the dividends of a company in any 24-month period.

There are two schools of thought. The first is that HMRC did not intend the Entrepreneurs’ Relief changes to apply to alphabet shares and will confirm this in due course. The other school of thought is that HMRC were aware of the impact of the Entrepreneurs’ Relief changes to alphabet shares and they are leaving it to the shareholder to determine if they wish to keep the alphabet shares (and therefore have income tax efficiency) or to restructure (to generate capital gains tax efficiency after a further two years).

Make sure you check your position against the new requirements.