The objective behind CIS

The current iteration of the Construction Industry Scheme (CIS) came into effect on 6 April 2007 but it has been refined in the years since its introduction.   All permutations have been created to try and overcome the belief that many payments in the construction industry were not reported for tax purposes.  CIS prevents this by operating a system which is not dissimilar to PAYE.  The payer has an obligation to consider the status of the party to whom payments are made and, in certain circumstances, withhold tax from the payments.  As the operation is similar to that of PAYE, it is the PAYE section of HMRC which administers CIS. 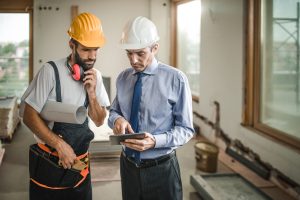 What is covered by CIS?

Who is affected by CIS?

The legislation specifically excludes some operations from CIS.  Examples include the professional work of architects and surveyors, and security installation.  However, if any of those parties take part in the management of construction work then they are within CIS.

For CIS to apply,  operations must take place in the UK, including the UK territorial waters, and can include marine construction.  The residence of the parties is not relevant; it is the location of the works which are important. This can be overlooked by non-UK businesses seeking contracts in the UK.

CIS applies to the labour component of construction.  If there is one contract that covers all construction operations then CIS considerations will be relevant to the entire contract.  This applies even if separate invoices are raised for separate parts of the contract.  It may be necessary to split the project into separate contracts so that there is a single contract for labour and CIS would only apply to that contract.

CIS applies whenever there is a contractor and sub-contractor relationship.  The legislation defines both and gives an extensive list of those persons who are treated as contractors for its operation.  If CIS is relevant, then the contractor has an obligation to verify the status of the sub-contractor and apply the relevant regulations to payments made to them.  It is the impact of payments which is particularly important to understand.  This is due to the cashflow impact for the sub-contractor.

There are regulations which define how the contractor must verify the status of the sub-contractor and the frequency of CIS Returns.  All of these administrative tasks must be done online.

How we can help

We have considerable experience of CIS matters including split contracts, definitions of contractors and sub-contractors, the practical impact of professionals providing project management services and preventing loss of gross status.  All of these ensure that the cashflow impact of CIS is minimised.