Will I have to pay more tax next year? Changes affecting partners in professional practices and sole traders 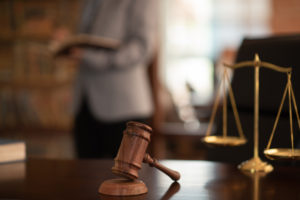 It was reported in the Financial Times that “Half a million law partners and sole traders face bigger tax bills next year”.

Whilst the article was aimed at law firms this is likely to affect all individuals who are self-employed, including members of partnerships and LLP’s who currently have accounting years which are not the same as the tax year.

The change was one of the legislation day announcements released by HRMC on 20th July this year. The proposal is that all non-incorporated businesses will need to pay tax based on the ‘tax year’ rather than the ‘accounting year’ with effect from 2022/23 year.

What this means in practice is that for anyone who currently submits their tax returns based on accounts ending on a date other than the 31st March or 5th April, they will end up paying tax on their profits earlier than they have been doing. Many large partnerships prepare their accounts to the 30th April each year, so this change will bring forward the date of payment of tax on 11 months’ worth of profits.

There is currently a rather complicated method of assessing profits of unincorporated businesses in the opening and closing years of those businesses. In theory this should even out the effect of any change in the basis of assessment such as the one currently being proposed.

However, in practice, where profits are continually rising there will be a significant impact on many businesses when this proposed change is bought in in 2022/23. Whilst ultimately this will only be a cash flow issue, as we all know, cash flow is king and such a cash flow shock could cause significant problems for some businesses.

The changes will also complicate matters for businesses who continue to run their accounting years to years other than the tax year. This is because the tax assessment will be based on a fraction of more than one year. For example, a business with an accounting year to the 30th April, will now need two sets of accounts to be prepare and finalised in order to complete their tax return. For the 2022/23 year their tax assessment will be based on 1 month of the year to April 2022 and 11 months of the year to April 2023. For this reason, many larger partnerships are considering whether it will be appropriate to change their accounting year to make it coterminous with the tax year end.

This change of basis is being sold by HMRC to the public as a simplification as it does away with the necessity for the complicated opening and closing year rules. It also makes things simpler for the drive towards making tax digital, but the move towards bringing forward tax payment dates in general is part of an ongoing process. We have already seen the change to the taxation of capital gains on disposals of property which is now payable with 30 days of a sale rather than 10 months after the end of the tax year.

I anticipate we will see more moves in future from HMRC to bring forward tax payment dates to closer align payment with the receipt of income. In the meantime I encourage anyone with an unincorporated business and the year end which is not already aligned with the tax year to contact their accountants to discuss the potential impact of these proposed changes.