What is a FIC and why are they gaining in popularity? 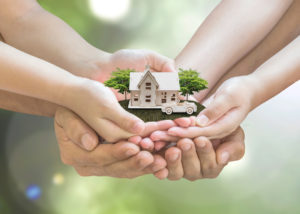 The primary benefit of a trust is the ability to separate ownership/control of an asset from the income that it generates. The trustees retain control of an asset (say, a rental property) but are able to divest themselves of the income it generates (i.e. the rent). This separation allows the beneficiary to receive annual income (the rent) without the right to sell the property. The difficulty that beneficiaries have in influencing the disposal of the asset means that it is likely to be retained and the income benefits many generations. Contrast that with a generation who own an asset outright. They may sell that asset which denies subsequent generations of the income which the asset generates.

A trust is therefore ownership of assets by certain persons with instructions as to how to use those assets and who should benefit from the monies that the assets generate. Whilst the trustees may own the assets, the person who sets up the trust (the settlor) can retain influence over the operation of the trust. This may be because they are a trustee or because the trust deed gives the trustees wide ranging discretion, and the trustees would consider the wishes of the settlor when exercising their discretionary powers.

A FIC can operate in a very similar way. A typical FIC will have the founding generation (akin to the settlor and trustees) retaining controlling rights over the assets that the company owns. Those controlling rights may be due to specific terms of the Articles of the company or due to rights attached to a class of share that these persons possess.

A typical trust will have beneficiaries who benefit from the income that the trust generates. The FIC will mirror this by issuing classes of shares with different income right to different persons. This allows the income that the FIC generates to be distributed to those persons in accordance with the overall wishes of the family.

It is common for wealthy families to own shares in companies. As such these families are comfortable with the processes and obligations associated with company activity. They may not be so familiar with the trust equivalents. Perhaps this is a further reason why FICs are popular.

Trusts often employ professional trustees who come at a price. Assuming that the family are familiar with the operation of a company then many of the FIC equivalent actions of the trustee can be undertaken by the family at no (or low) cost. This appears to be another reason why the FIC is popular.

The Tax treatment of Trusts and FICs

Trusts are subject to tax and, in many cases, subject to the highest rate of income tax. Tax changes since 2006 have made trusts less attractive.

Companies are often subject to lower rates of tax than trusts and dividends received by companies can be subject to no tax at all. The low rate of tax in a company, compared to the trust equivalent, is certainly a perceived attraction of a FIC.

FICs result in tax on individuals at a time that there is a dividend payment to the individual. If the FIC chooses to retain income, for example to invest in more assets, or simply chooses not to distribute income then the shareholders are not subject to tax. A trust can result in beneficiaries suffering tax charges even if they do not receive money out of the trust. The greater correlation between individuals receiving income and having a tax liability, and the lower rates of company tax compared to trust tax are other perceived benefits of a FIC.

Is a FIC right for you?

As with all structuring detailed advice should be obtained based on the specific facts and circumstances of the family, and its long-term desires. This may lead to a FIC being proposed or alternatively a trust may be the ideal solution notwithstanding the risk of increased tax costs and of the possibility of greater running costs.