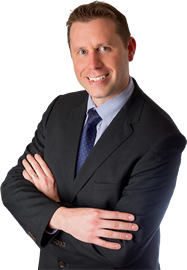 we were all delighted when we saw how quickly HMRC accepted the claims and in certain instances repaid substantial amounts of tax.

Research and Development (R&D) tax relief for the construction sector

Many construction business owners are missing out on valuable tax breaks because they are under the misapprehension that Research & Development (R&D) tax relief only applies to those conducting formal research, such as pharmaceutical companies.

Any construction company undertaking some form of innovation may qualify for R&D relief.  This is much more common than is often thought, with construction companies often coming across a problem and developing a new or unique solution to overcome it.  If you have an employee who is a problem solver, for example, one would expect to have a claim and the cost of an employee can be considerable.

Is it worth it?

If you are an SME  (Small and Medium-sized Enterprise – fewer than 500 employees and either turnover of  up to €100m, or gross assets of  up to €86m) you benefit from an enhanced rate of R&D relief. A profit-making SME can claim an additional deduction of 130 per cent of the R&D spend. 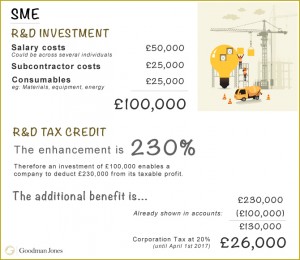 There are separate rules for larger companies.  They are restricted to claiming an additional deduction of 30 per cent of the R&D spend.

What if we’re not making a profit?

Even loss-making companies may be able to access cash back, which will be particularly welcome by start-ups or those needing cash to fund development.

SMEs can convert 230 per cent of R&D spend into tax credits at a rate of 14.5 per cent and receive cash. 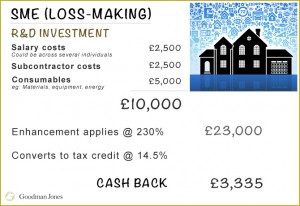 For a large company using the R&D Expenditure Credit scheme, a taxable receipt of 11 per cent of the R&D spend is granted.

There are time restrictions, so businesses should not delay in finding out whether they might qualify for R&D relief.

The claim is a relatively straightforward process, involving explaining what you did in writing and putting the costs against it before the claim figures are included in the computations.

We have guided a number of our clients in the property and construction sector through this and we were all delighted when we saw how quickly HMRC accepted the claims and in certain instances repaid substantial amounts of tax.