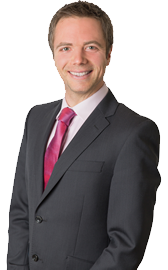 With glimpses of the end of the pandemic in sight, it would seem prudent to accelerate existing plans for company liquidations and asset disposals ahead of the Budget expected next spring.

Back to the Future for CGT? 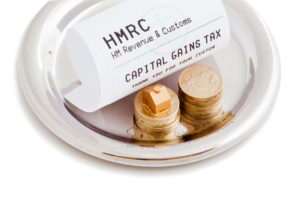 In July, Rishi Sunak tasked the Office for Tax Simplification (OTS) with investigating possible changes to capital gains tax (CGT). The report was released yesterday (11 November 2020) and made a series of recommendations aimed at removing distortions and raising taxes.

In 1998 Gordon Brown stated that the ‘capital taxation system should better…reward risk taking and promote enterprise.’ It took him until his final Budget almost a decade later to put this philosophy into practice when he slashed CGT rates to 18%. At the same time, he introduced entrepreneurs’ relief and abolished indexation allowance for individuals.

The OTS look back further to Nigel Lawson for the inspiration for their report, who in 1988 said that there is ‘little economic difference between income and capital gains’ as his justification for the aligning CGT and income tax rates which would stay in place until Brown’s final Budget.

Back to the future

The headline-grabbing recommendation from the OTS is to once against realign CGT rates with those of income tax. This would not only raise a substantial amount of tax, but would remove the incentive to re-characterise income as gains in order to take advantage of lower rates. They suggest reintroducing indexation allowance to compensate for inflation and increasing the flexibility in the use of capital losses.

If the Government decide against such a hike in CGT rates, the OTS recommend shifting two boundaries between capital gains and income:

The OTS have taken aim at entrepreneurs’ relief (aka business asset disposal relief) once again. They reiterate the general consensus that a relief given on disposal of a business does little to incentivise investment at its inception. The OTS contrasts this with EIS, which gives upfront income tax relief and is considered far better at incentivising investment. Interestingly they make no mention of the exemption of EIS shares from CGT, which is an exceptionally generous relief that seems at odds with the rationale of giving relief at the time of investment rather than at disposal.

Once again the OTS looks to days gone by for its inspiration, and suggests converting entrepreneurs’ relief to retirement relief. It recommends reintroducing an age limit linked to retirement, upping the 5% minimum shareholding to 25% and a minimum holding period of 10 years.

The OTS are even more brutal in their assessment of investors’ relief, flatly stating that it should be abolished.

The annual exempt amount is a threshold below which CGT is not paid, currently set at £12,300 per year. 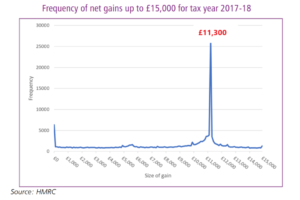 An arresting graph from the 2017/18 tax year illustrates how this is used to wash out gains each year, primarily in investment portfolios. It should be obvious from the graph what this threshold was in 2017/18.

The strongest policy rationale for this is to reduce the administrative burden of reporting capital gains. Currently, 265,000 people pay CGT each year, which current data suggests would rise to 565,000 if the exemption was lowered to £4,000. However, many of these would simply wash out fewer gains each year and so this is likely to be a vast overestimate.

The OTS concludes that a reduction of the annual exempt amount to between £2,000 and £4,000 would be appropriate.

Finally, the OTS restates its suggestions on the interaction of CGT and inheritance tax (IHT) from its IHT report last year. The key recommendation was removing the CGT uplift upon death where there is no IHT charge (e.g. because assets pass to a spouse, or business assets are exempted). This would be replaced by ‘no gain no loss’ where the recipient inherits the donor’s base cost of the asset.

However, this report goes further and suggests that the CGT uplift on death is removed “more widely” (presumably completely). This would create widespread issues with historical valuations, which the OTS proposes to mitigate by changing the general rebasing date for assets from 1982 to 2000.

The OTS notes that CGT is payable on lifetime intergenerational gifts, except for certain business assets which attract gift holdover relief. Again, this treats the recipient as inheriting the base cost of the asset. The OTS suggests expanding this to non-business assets in line with their recommendations upon death.

The OTS have released their report under two weeks before Rishi Sunak’s spending review on 25 November 2020. Implementing some or all of these recommendations then would leave very little time for planning, but it’s widely considered that Sunak is unlikely to raise taxes so soon.

However, with glimpses of the end of the pandemic in sight, it would seem prudent to accelerate existing plans for company liquidations and asset disposals ahead of the Budget expected next spring.