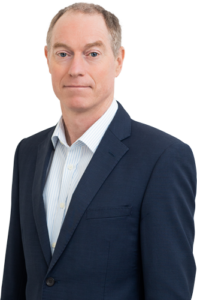 My perception is the professional bodies have given a wholehearted thumbs down to the proposals and so I would be surprised if the Autumn Statement pushed forward the proposals without modification, or further consultation. 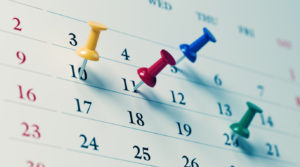 The consultation period for a proposed change in the process for self-employed taxation has now closed. With an Autumn Statement on 27 October, we can only await the next instalment. My perception is the professional bodies have given a wholehearted thumbs down to the proposed basis period reforms and so I would be surprised if the Autumn Statement pushed forward the proposals without modification, or further consultation.

As a reminder, the issue is that UK income tax is payable on the accounting profits for any business year end that falls within the tax year. For example, if a business has an accounting year to 30 June 2021, then those results form the basis of tax payable for the tax year ended 5 April 2022. The practical impact is that there can be a lag between earning profits and paying tax on them. HMRC want to make all businesses pay tax on profits generated to the end of the tax year i.e. profits generated to 5 April annually (or 31 March if that is easier for businesses). The business with the 30 June 2021 year end will have the choice of either changing its year end to 5 April/ 31 March or producing management accounts to 5 April/ 31 March annually (in order to pay tax) and then producing statutory accounts to 30 June for regulatory reasons.

Who will be affected by the proposed changes to the basis period?

Partnerships of all shapes and sizes will be affected by these proposals. I have seen commentary that suggests that two-thirds of partnerships have a year-end other than 31 March/5 April. Based on my own experiences I would argue that the professional practices, whose partners pay substantial amounts of income tax, are likely to have year ends which end in April, May or June, or on 31 December. Considerable amounts of tax will be impacted by the change.

Surely it is as simple as the partnerships changing their year ends to 31 March/5 April?

Sadly, it is not as simple as that. Many partnership agreements have been created and business processes designed to fit in with the historic year end of the partnership. For example, the partnership agreement may have a specific date on which partners’ meetings are held, profits distributed and accounts signed. Why should the commercial operation of a British business therefore have to change simply because HMRC feel that it is better for them (i.e. HMRC) to force the business to have a specific year end?

Of course, these agreements could change but they come at the financial price of legal fees in documenting changes and, more importantly, the intangible time of obtaining internal agreements of the requisite number of partners to make the changes. The time commitment for the latter should not be underestimated. I am really surprised that HMRC feel that this is good use of partner time during a period when we are coming out of Covid restrictions and the government might be more interested in partners working hard to generate good profits on which they pay substantial amounts of income tax. Dealing with these internal matters can only be a distraction from earning profits.

The consultation document does accept the possibility that it is impractical for some businesses to change their year-end due to overseas factors. The consultation provides a workaround for businesses which continue to have a year-end that is not 31 March/5 April. Effectively the businesses will have to estimate their profits to those dates and pay the tax on the estimate.

There will inevitably be a true-up process once better numbers are known. The impact of this is of course that there then becomes an annual requirement to make estimated numbers that are revisited at a later time. I can foresee the risk that estimates are proven to be inaccurate leading to underpayments of tax. The taxpayer may be able to point a number of reasons why the estimates were understated but may risk having to spend considerable time dealing with the suggestion that understatement was made simply to reduce tax bills. Again, these sorts of things divert attention from running a business.

What are the implications for the partnerships affected?

I have heard second-hand of one of the larger firms of accountants determining how many extra staff they will recruit to manage the estimation process for their various clients. The numbers were staggering.

Sticking to the theme of a fixed year end, I do not have any clients in the farming business, and understand that many farming partnerships have a year-end which is in the Autumn as that coincides with sales arising from the harvest. If this is the case then is it fair that they would have to change their year-end to suit HMRC’s requirements or to spend money employing accountants to make forecasts for them?

There is also a technical concern about payments made on estimated profits. For international businesses whose partners are taxed on worldwide income, those partners may claim reduction of overseas taxes in recognition of UK taxes paid on the same profits. The question becomes the extent to which the overseas government will allow reduction of overseas taxes for payment of estimated UK profits taxes. HMRC’s consultation does not provide commentary on this risk.

From the comments above, I think you’ll perceive that I am not a proponent of the proposed changes. My final comment arises from the recent document issued by the Office of Tax Simplification. It looked at the hurdles of changing the tax year end from 5 April to 31 March and gave high-level thought to the possibility of changing the UK tax year end to 31 December. The report reads “whilst it’s challenging to quantify the benefit, a tax year aligned to the calendar year is the natural, simplest and easiest approach for everyone to understand, and makes things simple for individuals and businesses with income from or activity in more than one country”. The suggestion is that there is benefit in moving the tax year end to 31 December. It appears illogical to me that HMRC are consulting on changing business year ends to 31 March/5 April whilst at the same time the Office of Tax Simplification are suggesting that HMRC should consider changing the tax year end to 31 December. If there is going to be a change in legislation at least make it joined up and have all matters dealt with at a single time.