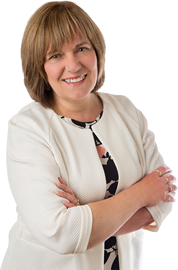 What could affect private individuals, both in the UK and abroad, who may be watching what the UK does with interest?

Who will pay for the Government’s Coronavirus support? – What higher rate tax-payers need to consider now 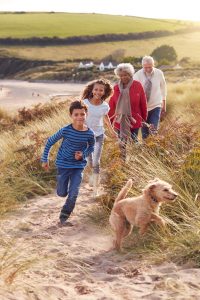 As all of us start to think more about the future and less about the day-to-day in these strange times, what could be ahead for us as individuals?

Most commentators agree that the government’s focus in the short-term should be to stimulate the economy; what about the long-term need to cut the Budget deficit? As we know, there are really only two ways of doing that, by reducing spending or increasing taxes.

So, what could affect private individuals, both in the UK and abroad, who may be watching what the UK does with interest? Early indications are that people still want to remain in, come to or invest in the UK, but other countries are getting their act together and in this new world, the UK may find it has to work harder to attract and keep wealthy investors and entrepreneurs both in and outside of the UK.

Some stimulus methods which would directly affect private individuals could be exemptions or reductions in Stamp Duty Land Tax; a reduction in VAT, perhaps only for certain sectors; and fresh/revamped tax incentives aimed at start-ups. Any of these are likely to only be temporary to kickstart the economy.

Turning to the longer-term, raising taxes appears to be the most likely option, particularly as the public appear to be somewhat resigned to this; they do not want services cut further.

The difficulty here lies in public perception; raising the higher and possibly the additional rates of tax by 1% will raise a fraction of the extra revenue needed compared to raising the basic rate of tax by 1%. This would suggest therefore that any increase in income tax rates should be across the board, rather than targeted at one section of society.

Another possibility is aligning the dividend rates of tax with the income tax rates. Removing this differential would probably be seen to be fair in the current climate.

It would also be possible to introduce a withholding tax on dividends paid to non-residents receiving UK dividends which are currently outside the scope of UK tax. This may not bring much additional tax into the UK as the withholding tax would be relieved in many cases under the UK’s extensive double-tax treaties with other countries, but politically it may be attractive.

Capital taxes in the UK account for a fraction of the overall tax take and changes in the capital gains tax rate are widely expected. The current rates for higher rate taxpayers of 20% (most disposals) and 28% (mainly residential property) could be standardised to 28% across all disposals or at least a higher flat rate. It would also be relatively easy to align the rates with income tax rates or perhaps penalise UK resident non-domiciled individuals with standard income tax rates on their capital disposals.

This article focusses on private clients rather than corporate entities, so the usual rumours of introducing a wealth tax in addition to inheritance tax are already resurfacing, especially as over the years many countries have abolished their version of inheritance tax and brought in a wealth tax. However, the cost of administrating such a tax would seriously outweigh the overall tax-take and although this rumour may be popular with the public, for that reason it is unlikely to gain further traction.

Steps to consider before the Autumn

Crystal ball gazing can never be more than someone’s opinion on what might happen, but experience shows that during a recession individuals tend to want to regularise their affairs, and the pandemic has given people more time to consider their personal position.

• Think about your short, medium, and long-term plans for you and your family
• Take time to evaluate the areas which need attention now
• Consider taking dividends where appropriate
• Consider taking distributions from trusts
• Check assets held with inherent gains
• Actively look at lifetime giving

All the above bullet-points have tax implications and advice should be sought before implementation. Goodman Jones’ Private Client team are well versed in helping you make the right decisions at the right time.