Businesses should use the period to October 2019 to review contracts, update systems and understand the definition of labour for this purpose.

Why the VAT Reverse Charge is being introduced

In 2017 the Government floated the idea of a change to the VAT treatment of certain elements of the construction industry supply chain. They believe that criminal gangs were offering specific supplies in order to perpetrate “missing trader” or “carousel” fraud. A Government paper indicated that this was losing the Exchequer an estimated £100m a year. 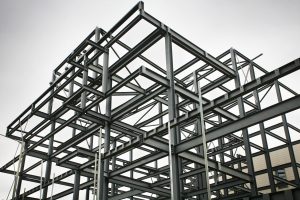 Consultation with the construction sector

The Government consulted the construction industry on the impact of a reverse charge mechanism to prevent this fraud. A reverse charge was suggested as it has been used to prevent other forms of missing trader/carousel fraud.

The Government estimate that there are 300,000 business at different points in the supply chain and therefore the impact of a reverse charge would be more widespread than its other applications.

When will the Reverse Charge apply?

It has now been confirmed that the reverse charge will come into effect from 1 October 2019. HMRC feel that they have listened to UK businesses requests that they are given a considerable lead time to review and amend their systems in advance of this change.

Who will be affected by the Reverse Charge?

However, when one looks at cashflow there may be winners and losers. Using the example of a construction service with a value of £1m then presently the sub-contractor would charge their customer £1.2m (£1m plus VAT). That sub-contractor would account for the £200k to HMRC. Depending on payment terms and commercial agreement it is possible that some sub-contractors would receive the £200k VAT before having to pay it to HMRC and others would need to finance the £200k whilst they wait for payment of their invoice. Applying a reverse charge would have a negative cash flow impact on the former whilst a positive impact on the latter.

Similarly, the main contractor could sometimes be in a position to make an input tax claim on a VAT return before having to pay the sub-contractor or vice versa. As can be seen, either party could win or lose.

A significant complication is that not all construction services will be caught by the new provisions. Only standard and reduced rated supplies will be effected, which makes sense. There can be no tax loss to missing trader fraud where the supply doesn’t have any VAT on it in the first place. Further, certain related party transactions will be excluded as will supplies to end users such as developers. The new rules only apply to contractors supplying to other contractors. This will require contractors to seek confirmation of status from their customer before engaging to ensure that the correct VAT treatment is applied.

Invoices received from sub-contractors may have components with VAT charged on some services but not others. This will lead to complexity for the contractor especially when approving payment of an invoice. The concern for the contractor is that if they are charged VAT incorrectly then they cannot recover it even if they have inadvertently paid the invoice and their supplier has accounted for that VAT to HMRC. The only mechanism to overcome this error would be to renegotiate with the sub-contractor. However if the sub-contractor is an overseas entity or is created for a single development then they may not be in continued contact with their customer.

Make sure you’re ready in time

In summary there is a considerable shift in VAT compliance from October 2019 which has an impact for both contractors and sub-contractors down to the entire construction supply chain. Businesses should use the period to October 2019 to review contracts, update systems and understand the definition of labour for this purpose.

Our property and construction team would be pleased to talk to you about how this will affect you.