HMRC have the power to enquire into such Returns and accordingly an apparently successful claim may be challenged and fail once it has come under proper scrutiny. This might be an issue if you have already paid out on no win fee basis. 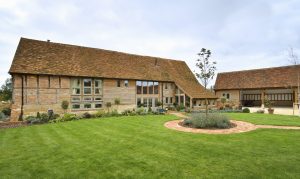 Increases in the rate of Stamp Duty Land Tax over the past few years have created a number of anomalies in the legislation which, if applicable to your circumstances, can substantially reduce the amount of SDLT payable on the purchase of a property. When originally introduced, the rates of SDLT were sufficiently low that these anomalies were of little consequence, but now the rates have been increased to much higher levels, there can be substantial savings to be made.

One such anomaly is the effect of Multiple Dwellings Relief (MDR). The purpose of this relief is to simplify the calculation of SDLT when a single transaction includes the purchase of more than one dwelling. Rather than separately calculating the SDLT on each unit acquired, a simple averaging is applied and SDLT calculated on the average unit price arrived at by dividing the total transaction price by the number of individual dwelling units.

When SDLT rates were low, an MDR claim usually made little difference to the overall SDLT payable and was a sensible and pragmatic simplification for purchase of multiple dwellings. This is still the case where dwellings purchased in a single transaction are of similar value. But with the current much higher rates of SDLT for more expensive properties, where a purchase consists of an expensive dwelling and a much cheaper dwelling, then by averaging the unit price, this can create a substantially lower overall SDLT charge.

This effect can be particularly significant when buying a property which may have a separate annexe such as a granny annexe. For example, the standard rate of SDLT due on a property purchased for £1.2million would be £63,750. If the same property has a self-contained annexe which qualifies as a separate dwelling and an MDR claim is made, then the combined SDLT charge falls to £40,000. This is because the SDLT would be calculated based on two properties valued at £600,000 each. Such properties are often under a single title and the fact that there could be more than one dwelling within the property can sometimes be missed. Contrast this with the SDLT on two separate purchases of properties with values at say £900,000 and £300,000 (i.e. the same overall total of £1.2 million) and there is a different combined SDLT charge again of £42,250.

Can I recover overpaid SDLT?

If you have purchased a property within the last twelve months which contained a separate dwelling, but you paid SDLT on the full purchase price, then you may still be able to submit an amended SDLT Return to make an MDR claim and recover the overpaid SDLT.

We are seeing an increasing number of firms trawling through the Land Registry records for property purchases of the types of property that are frequently converted into multiple dwellings. These might typically be large terraced town houses which are often split into separate flats. Those firms are then mailing the purchasers recommending that they make MDR claims on a no-win-no-fee basis.

If you receive such a letter, I would recommend caution as there are many reasons why an MDR claim may not be applicable and may have costly repercussions for you further down the line.

For a claim to be successful, the transaction must involve more than one distinct separate dwelling. HMRC accept that a single building can contain more than one dwelling but state their view as follows:

This will require an annexe say to have its own separate entrance and separate kitchen and bathroom facilities.

Converting the number of dwellings

Another trap for the unwary is that if an MDR claim is made on a transaction and there is subsequently a change in the number of dwellings subject to the claim within a period of three years from the transaction, then there will be a claw-back of MDR claimed. If, say, a property was purchased that was separated into more than one flat with the intention of converting it back to a single property, then any Multiple Dwelling Relief claimed will have to be repaid.

Finally, it should be noted that a Stamp Duty Land Tax Return is a Self-Assessment Tax Return and as such any claim is likely to be processed without a detailed initial review, but HMRC have the power to enquire into such Returns and accordingly an apparently successful claim may be challenged and fail once it has come under proper scrutiny. This might be an issue if you have already paid out on no win fee basis.