Businesses which employ intermediaries should review the supply chain and analyse the extent that payments to the intermediaries need to attract PAYE and National Insurance. They should be doing that review now to ensure that all details required to operate payroll.

Is your business ready for the 2020 off-payroll working regulations? 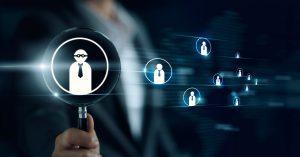 We are now less than six months away from the start date for the legislation known as the “Off-payroll working in the private sector”.

As a reminder, the current private sector off-payroll working rules (often referred to as IR35) allow an individual to provide their services through, typically, a Personal Service Company (PSC) in order to modify the payroll tax consequences of payments to the individual. If that individual were to provide services directly to the customer (called the “end user”) then that individual would be an employee and PAYE and National Insurance (NIC) would apply. By using a PSC then a payment from the end user to the PSC only gives rise to income tax and National Insurance on the amount called the “deemed employment payment”. This is a calculated amount which generates a lower PAYE/NIC liability than if the individual was an employee of the end user. It is possible for the worker and the end user to agree a rate which splits this saving so that both parties benefit from the use of the PSC.

From 6 April 2020 there is to be a change in the mechanics for tax payments and the administration associated with off-payroll working.

Under the present regime it is the PSC which calculates the deemed employment payment and pays any tax liabilities.

From 6 April 2020 the organisation which pays the PSC will be required to include the individual on their payroll and account for PAYE and National Insurance as if they were an employee. The calculation of the amount on which PAYE/NIC is paid will change from the current calculation in a way that the tax and national insurance will be higher than under the current regime.

In many cases the organisation in the supply chain which pays the PSC will be the business who receives the services of the individual. In group situations, or in situations where agencies are used, this will not necessarily be the case. The new legislation has prescriptive rules which track obligations through chains of companies to give certainty about the company which will have the PAYE/NIC obligation.

Under the current regulations it is the PSC which determines if the off-payroll working rules apply. From 6 April 2020 it will be the end user who will need to carry out the determination as to whether the individual should be subject to the new regulations. The end user will need to provide a status determination statement setting out the outcome of their analysis, including the reason for the decision they have reached. All interested parties in the supply chain have the right to receive this statement. The regulations have a requirement that the end user put in place a process for dealing with disagreements as to the conclusion of the status determination.

The process for disagreement requires the end user to reconsider conclusions reached and reconfirm their decision within forty five days of representation being received from interested parties. The legislation is light on practical application of the dispute process and does not necessarily give a chain of escalation up to HMRC. It has even been suggested that HMRC have tried to avoid being involved in any dispute resolution due to lack of resource.

One of the criticisms of the proposals is that there is little guidance about how the end user should carry out the determination and how they can protect themselves against suggestions that they have not taking reasonable care in this regard. An obvious solution would be to rely on the HMRC online Check of Employment Status for Tax (CEST) tool. However this tool has been subject to much criticism for being inflexible, for not being up to date with recent employment status tax cases and being developed by HMRC rather than an independent party. In response to this criticism HMRC have agreed to modify the CEST and will put in place mechanisms for support to around 17,000 businesses who may be affected by the change in rules. However even HMRC’s own statistics imply that CEST will be able to make a determination in only 85% of cases.

The off-payroll changes will not apply to “small” end users. The Companies Act has been used to determine the definition of “small” which is a company for which at least two of the following are satisfied:

There is some concern about the mechanism to transition a company which is small into the new legislation as the company grows.

In conclusion the changes apply from 6 April 2020 and businesses which employ intermediaries should review the supply chain and analyse the extent that payments to the intermediaries need to attract PAYE and National Insurance. They should be doing that review now to ensure that all details required to operate payroll, for example, National Insurance numbers and home addresses, are known. In addition records should be requested in order for the end user to make determination of the extent to which the new regulations will apply. All of these actions need to be done in sufficient time for the consequences to be understood before 6 April 2020.