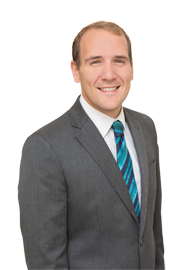 Financial planning can lead to stability and facilitating growth, as well as potential savings and even simply benefiting from tax reliefs such as video games tax relief and R&D tax credits. 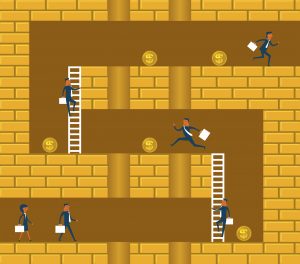 On Thursday 11th July, along with the best and brightest of the gaming industry, I ventured to the Hilton Metropole Hotel on Brighton seafront for the Develop:Brighton 2019 conference. The event was fantastically well run, and the speakers were interesting and engaging. I met with Uni students, developers (both large and small) and talked with industry experts.

From these talks three main business points became apparent. These are analysed below, followed by conclusions as to what you as developers and business entrepreneurs can do to improve your chances of success.

1. Is there a disconnect between business and gaming?

The first talk I went to was an interview with the Kingsley brothers of Rebellion Games in which they discussed what it was like going from being developers employed by major publishers to being fully independent. After 10 years of working for others, Rebellion published its first independent game, Sniper Elite, in 2004. The company has grown since then, now turning over more than £20 million a year and this year it has diversified into the movie industry. However, what I found most striking was that despite all this success, the Kingsley brothers seemed to distance themselves from ‘men in suits’ and one of the repeated sentences they said was ‘We went into this industry to make games’. One of their anecdotes was that they employed someone from the city to come and assist them. He came in all suited up with a 54-page presentation. Their own staff came in, jeans and t-shirts, and just asked for a summary of the presentation. What this shows is that despite being so successful, the games industry still has a disconnect with business. At the Expo, I talked to Uni students from Cumbria, Kingston and Norwich. Although they were keen to set up and go solo and make their own games, they were concerned that their degree included very little in business training.

In some respects, each industry is unique. This is certainly the case with the gaming industry and to take this uniqueness out of it would be wrong. Therefore, advisers shouldn’t treat gaming companies the same as they would others.

That being said, people setting up gaming companies should undertake some of the same business and financial planning as other companies if they want to make the most of the opportunities in the market. Financial planning, after all, can lead to stability and facilitates growth, as well as potential savings and even simply benefiting from tax reliefs such as video games tax relief and R&D tax credits. A greater control of financing will make for a better understanding of your current situation and hopefully help you turn yourself from just a group of friends developing games, into a full-on professional indie game developer business

The lesson to be learnt here is that being a developer is still about making games. However, you must be aware of the business and financial side – and then who knows, you may well become as successful as Rebellion, or at least make the money you need to stay in the game.

Throughout the day I was determined to seek out the biggest issue facing developers. But when I did, it wasn’t what I thought it was going to be.

In my fourth talk of the day, three industry veterans got together to discuss their personal paths in gaming. These veterans were from Bullfrog, developers of some of the favourite games from my childhood – like Populous, Theme Hospital and Dungeon Keeper. The main point to come from this was that in their early days, the main problem for them was the restriction caused by the limited technology of the time, in particular, the limited memory that was then available. This restriction has now all but gone. Due to the availability of digital downloads, off-the-shelf engines like Unreal, the specifications of machines going through the roof, and the improvements in the internet and it’s connectivity, creating a game was no longer limited by technology. This means that discoverability has become the biggest issue in gaming development. By discoverability, I mean getting your product known in the market, and making it easy for your target audience to discover it.

Rebellion also mentioned this in their interview and said that marketing budgets were now absolutely huge, and they had to be, or their games would fall behind others and be lost. This was emphasised in the expo attached to the conference, where I heard someone say that there were as many games exhibited at the Expo as used to be released in an entire year. Additionally, games are now sold almost entirely on the internet which means competing against companies from around the world, not just locally. How then do you get discovered from amongst the 1000’s of other games that are released in a year?

Getting your product discovered is tough, there’s no question, but the pitch reviewers said that one part of the solution was know your market. From an investor’s point of view, if you know who you are aiming at, you are much more likely to get the right marketing. What’s the point of paying for Facebook ads, if your targeting a group who don’t use Facebook? Marketing costs are inevitable, but they can be contained by careful targeting.

3. Is the games industry under attack?

My favourite lecture of the day was from Dr Jo Twist from The Association for UK Interactive Entertainment (UKIE). UKIE supports the UK’s games and interactive entertainment industry and is the oldest of its kind in the world. Jo was brilliant and engaging (despite the fact her voice was croaky from Karaoke!). She highlighted issues that UKIE has had to deal with over the last two years.

The first of these was the issue of the loot box and its alleged link to gambling. Jo’s point was that loot boxes are no different to collectable card games like Magic the Gathering, or football stickers (the ones you get around world cups). Her argument was, if these aren’t gambling, why are loot boxes seen as gambling?

Another issue UKIE has dealt with is the fact that “gaming disorder” has been added to the list of medical conditions by the World Health Organisation. This means the most prominent international health body considers that playing video games can be a health disorder. Jo disputed this, saying that the evidence used had been contested by health experts.

No matter how you feel about the computer gaming industry it does appear to be embroiled in controversy on a regular basis. Could this be due to the industry still being very young and people aren’t used to it or its innovations yet? How many industries today can claim that its founders are still alive? Jo said that our industry is leading the next industrial revolution of the digital age. And with that comes the inevitable growing pains. A lot of people, including those in high office, are still not internet literate even after 20 years of its existence. As gaming becomes more popular (50% of the world’s population plays games now) more and more people will be exposed to its practices. Controversy has hit other new industries like this before. For example, in the television industry, Elvis Presley was banned from being shown on TV below the waist as it was believed it could pollute young ladies’ minds.

So, what can industry professionals do to respond to this? Firstly, fight the classic gamer stereotype – spotty teenage males sitting in a basement (think Eric Cartman in the World of Warcraft episode of South Park). In reality the average gamer in the UK is a 40-year-old woman with children. One way of combating this could be by changing the language used, words like Gaming and Gamer and replacing them with Playing and People. A gamer is just a normal person after all and use of the word “gaming” has strong connotations with gambling.
There is a perception problem to be addressed by those in the sector. There is scientific research that concludes that far from its negative image, games in fact have a positive impact on society.

If anyone you know has questions about the industry direct them to AskAboutGames . This website highlights the positive impact games have and gives answers to questions that parents may have about the games their children are playing.

4. Making your games a financial success

We understand that the financial aspect of games development and the maximising of your tax position can be daunting. You may be wondering how to claim Video Games Tax relief or what the Moss Scheme for VAT is. You may want some tips on how to set up your financial infrastructure. If you have any questions such as these, or others, please email me at mike.marlow@goodmanjones.com.

If you want further information about the gaming industry check out the UKIE website  which has invaluable information on the industry and resources to help you and your business.

Next year’s Develop:Brighton event is on 14th-16th July and I thoroughly encourage you to go if you have any interest in the industry. I’d strongly suggest you at least make your way to the expo and talk to the developers there. The 2020 event is not yet being advertised, but I strongly suggest you join the newsletter from the 2019 website and watch out for information about next year’s event

Finally, the indie showcase displayed 10 of the best indie games. My favourite was The Procession to Calvary, an exploration/puzzle game which had me laughing out loud (much to the amusement of everyone around me). You can see this game at the following link.

Thank you for reading. Who knows, maybe in a years’ time you’ll be the one to showcase your new game. I’ll certainly be there to see it.