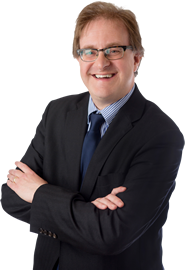 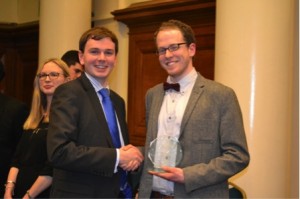 The Charity Staff Foundation is a charity which aims to encourage and provide access for young people to make long-term careers in the charity sector. It also provides a support structure for those who work and volunteer for charities. This involves the CSF providing training, advocacy and practical support such as a helpline and mentoring programme www.charitystaff.org.uk.

The awards are part of this work and Goodman Jones are proud to be founding sponsors of the awards which recognise and celebrate the immense contribution and outstanding achievements made by volunteers and charity staff across 20 different categories, ranging from Community Volunteer of the Year to Social Entrepreneur of the Year, and Small Charity of the Year to International Aid Courage Award.

As Paul Hackwood, of The Church Urban Fund, said when he presented an award to Volunteer Co-ordinator of the Year “whilst the CSF Awards might not have the glamour of the Hollywood Oscars, it does have the commitment, people and passion” to improve society.

Goodman Jones were particularly proud to sponsor the award for ‘Charity Innovator of the Year’, as we know ourselves, now more than ever, organisations are seeking smarter approaches to working to combat reduced resources and tighter financial constraints.

This award celebrates those who achieved significant changes within and for their organisation through the use of innovation.

The standard of entries was extremely high and the nominees included Michelle Saliba da Costa of Ataxia UK and Geoff Wheeler of SIFA Fireside but the award, presented by Charities Manager, Martin Bailey, went to Rory Fenton, Dialogue Officer of the British Humanism Association.

Rory’s enthusiastic and committed work with faith and community groups focuses on inclusion and equality by encouraging the representation of the humanist and non-religious in local forums and networks. Rory’s work has increased the wider understanding of Humanism and ensures that its voice is heard along with those of differing faiths www.humanism.org.uk.

Rory has fully embraced innovation across a diverse range of subjects from international development to physics, and from economics to humanism; he is a regular blogger on these and many other topics. 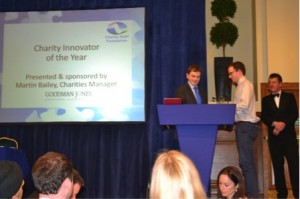 Rory Fenton being presented the award by Martin Bailey.

So if your Charity has a true innovator or unsung hero within its ranks, or if you work with someone who goes beyond the call of duty, do get in touch with the Charity Staff Foundation later in the year as nominations open for the 2014 awards in November.

The annual awards are a great opportunity for people within the charity sector to get together and celebrate the wonderful work that is carried out by both staff and volunteers, highlighting special achievements, encouraging good practice and recognising dedication.