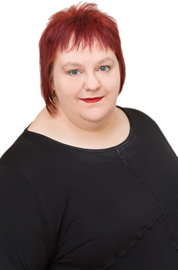 There is likely to be some pressure on IHT reliefs in the future, perhaps seeing some restrictions being brought in

What is the Report into simplifying Inheritance Tax (IHT) from the Office of Tax Simplification (OTS) and what should you do? 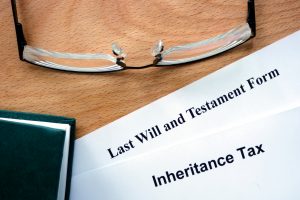 The Government has asked the OTS to look at IHT, and whether it can be simplified. It also has a consultation underway on the taxation of trusts. There is therefore likely to be some pressure on IHT reliefs in the future, perhaps seeing some restrictions being brought in.

However, the OTS did make some suggestions that could help the taxpayer if they were introduced – though in the current climate it is unlikely that there will be time or appetite to make changes to the tax system.

However, it may be worthwhile having a chat with your Goodman Jones contact if you feel that these changes may affect you, or just if you feel that IHT is something you need to consider. The prospect of a change in government means that all of this may fall by the wayside, to be replaced with something even more restrictive, so it could be the right time to take advantage of current reliefs before they are lost.

What did the report say?

The OTS’s first report looked into filing obligations and Returns, leaving the more meaty aspects to the second report which dealt with:

The OTS have suggested replacing these with a higher annual gift allowance but did not specify how much this should be. This could have some advantages – it would be simple to understand and there is no real justification for a gift on marriage being exempt other than historical accident.

However, the proposals to restrict relief for gifts out of income has potential downsides and which would run the risk of introducing new anomalies in its place. IHT has always been a tax on transfers of capital, and the gifts out of income rules were a way of recognising the dividing line between income and capital. The rules may not be perfect, but they have been around a long time and were well understood.

Gifts made seven years before death

If a gift is made in the seven years before death, then this will be taxable on death, but with taper relief for deaths after three years.

It is proposed to change that to a five-year window but with no taper relief on the basis that it is difficult to keep records of gifts. A reduction from seven years to five years is welcome but may not reduce record keeping requirements substantially.

There are currently circumstances where there is a fourteen year period before death that has to be taken into account – where someone made a gift, created a trust in the seven year period following, and then died within seven years of creating the trust – and it is suggested that this is abolished but with no mechanism put forward for the disregard. This would be welcome.

Fourteen years is a long time to keep records of gifts, or, more realistically, try to reconstruct the pattern of gift giving in such a period when someone dies.

Payment of tax and the nil-rate band

The nil-rate band of £325,000 is exempt from IHT. The band applies to both gifts made in the seven years before death and also the estate of the deceased. It is allocated to gifts in chronological order, with the earlier gifts getting relief in priority, and then any unused portion being allowed against the deceased’s estate.

The recipient of the gift should pay the tax due, but if they do not do so within 12 months, the executors become jointly liable.

The OTS say that these rules are poorly understood and cause unfairness as between lifetime recipients and beneficiaries under the will. They suggest that the executors should be liable for all tax, rather than recipients and / or that the nil rate band be applied proportionately against all gifts.

This seems to introduce other anomalies. Someone who is having a will drafted by an experienced adviser would have discussed who they want to bear the tax on the gifts, and it is just as easy to warn a beneficiary to keep the potential tax due to one side as it is for executors to pay taxes.

If an executor has to pay IHT on gifts made outside the will, then this could increase the number of insolvent estates and the ability of HMRC to recover the tax.
If these changes are brought in, individuals who have drafted wills on the understanding of the current rules would potentially have to redraft them.

Currently, when someone dies owning an asset, the beneficiaries of the estate take on any assets at the market value on death.

There is a suggestion that where Agricultural or Business Property relief applies on death, that there should be no capital gains tax charge but that the beneficiary should take on the base cost of the deceased instead of market value.

There is some argument to be had that where IHT is not paid in full the capital gains tax uplift should not be available. Though it is a longstanding feature of IHT that assets should pass tax free to a spouse, and this is likely to be the most common situation. The OTS report admits this suggestion of restricting the uplift causes difficulty where APR or BPR may not be available in full on a particular asset so that IHT would be payable despite the relief applying. They suggest a restricted uplift to deal with this situation. Far from being a simplifying measure, this would make the tax more complex, and we see no need to make these changes to deal with a situation that has never attracted much complaint solely because it is considered that it puts pressure on the taxpayer to hold assets till death.

The comments regarding extending APR to situations where the farmer is away from the family business due to care requirements in old age are welcome.

The OTS suggest clarifying the position as regards transfers between pensions and whether they create an inheritance tax charge, and also the status of life insurance products that are not ‘written in trust’ to keep them outside the deceased’s estate. That would be welcome – there has been a lot of pressure from HMRC on pension transfers, and the rules often generate IHT in heart-breaking situations.

The OTS also suggest looking at the pre-owned asset tax rules again. As IHT is now on the same footing as other taxes as being caught by the rules requiring schemes to be notified to HMRC and the overriding rules requiring transactions to be done without tax avoidance motives then there seems little point in keeping a tax in place that is poorly understood, rarely considered and presumably generates few receipts.

Overall, the report has some useful suggestions, but it is not clear what political appetite there will be for change in the current climate. Nevertheless, please talk to your Goodman Jones contact about your situation so that you are best placed to face the future.

What is the OTS?

The Office of Tax Simplification is an independent office of HM Treasury which gives independent advice on simplifying the UK tax system. It issued the first of two reports on the simplification of IHT, a tax it describes as complicated and unpopular, in November.

The Office says that more people took part in this review than in previous ones. IHT affects only 5% of the estates of 570,000 people who die each year in the UK, but 50% of those 570,000 families involved still have to fill in IHT forms. IHT also worried people before their death even when they were not likely to be paying the tax.

However, it would be surprising if the Government moved to make any substantial changes to Inheritance tax in the short to medium term as their priorities will be elsewhere.

Purchasers may have concerns where a vendor has an EBT outside of an approved shares scheme, and this can cause delays in the due diligence process.

Employee Benefit Trusts and Preparing to Sell Your Business 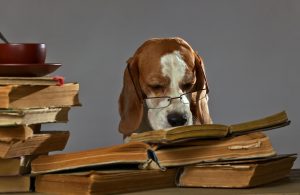 There has been a lot of HMRC attention directed at Employee Benefit Trusts (EBTs) hitting the news recently, with cases such as Ranger’s being widely reported even in the non-taxation press. HMRC have also been pushing their settlement opportunity as well as putting pressure on EBTs with outstanding loans to beneficiaries.

This does not mean that all EBTs should be viewed as tax avoidance. There are still some EBTs in existence being used for the purposes they were intended, such as incentivising employees and aligning their interests with that of their employer by encouraging share ownership.
It is always a good idea to speak to your adviser well in advance of selling your business, but this is particularly important where there is an EBT.

Purchasers may have concerns where a vendor has an EBT outside of an approved shares scheme, and this can cause delays in the due diligence process. It can also add pressure on the vendor to reduce the sale price rather than dealing with exposure to potential tax charges through warranties and indemnities.

It is arguable that the risk attached to EBTs is not high, in the sense that HMRC’s views are well known and there are no nasty surprises left. The tax consequences of them are well known and can be easily quantified. It may not be good news, but it is unlikely that there is further bad news to come.

Nevertheless, the perception is that having an EBT is buying an argument with HMRC, so it may take time to persuade a nervous purchaser that all the risks have been identified and walk their advisers through the issues to achieve the best possible price. There are a host of practical matters to be dealt with even in the most straightforward of cases;
• Who will be party to the warranties and indemnities?
• Is an indemnity from a trustee worth anything or enforceable?
• Will the trustees need their own legal and tax advisers?

It may also be the case that preparing for sale brings issues out of the woodwork that need to be put to bed: improperly executed trust deeds, payments made without the right documentation or to the wrong people, or tax disclosures that have to be made to HMRC in the light of their changed approach.

There may also be planning to put in place for the vendor. Although the tax advantages of EBTs have largely gone, it is still important to review arrangements to ensure that double tax charges do not arise.

The EBT trustees may prefer to participate in any potential upside to the deal by taking shares in the purchasing company instead of cash and will have to consider the tax implications of doing this when there are several layers of complex anti-avoidance legislation to deal with. If the trustees elect to take a cash payment, this may give the EBT liquidity to make awards for the first time. These will have tax consequences for the company which would have to pay income tax and national insurance contributions on those payments. This is a tax charge that will fall on the target company after the sale is completed and so making it a liability faced by the purchaser. This tax costs would have to be considered under the sale and purchase agreement either through warranties and indemnities and / or require an adjustment to the purchase price.

Early prepping for sale is vital. It is worth talking to an adviser even if your timeline is a sale in two years’ time. Aside from EBTs, there are valuable tax reliefs that rely on a two year holding period in order to claim them, so the earlier any problems spotted, the easier they are to correct.