An increase in IHT is far more likely than a reduction, and there is already a lot of speculation around the high cost to the exchequer of business property relief (BPR).

Will Philip Hammond’s first Autumn Budget be a budget for the young? 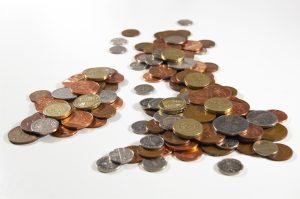 Political battle lines are increasingly being drawn up along the age divide and Philip Hammond is under pressure to introduce policies to attract the young voters in his first Autumn budget. I was interested to see a definition of young voter this weekend describing anyone between the ages of 18 to 40! This might sound alarming for anyone within a few years of either side of the boundary, but it divides the population approximately into a young half and an old half. So what changes might we see in the budget that attract the younger side of the dividing line without upsetting the traditional older Tory supporter?

Here are 5 questions to think about as we approach Budget Day:

1. Stamp Duty Land Tax (SDLT) – Should residential transactions be delayed in anticipation of a reduction in SDLT?
2. Income Tax – How might a reduction in income tax for younger workers affect you or your staff?
3. National Insurance (NIC) – How would an increase in NIC for the self-employed impact on your business?
4. Pensions – Should you consider taking a lump sum from your pension before the budget?
5. Inheritance Tax (IHT) – Should you take action in anticipation of a change to IHT business property relief?

Most commentators now think the current high levels of SDLT are causing a blockage in the housing market. Those already with a home and perhaps thinking of downsizing are being discouraged to do so due to the high SDLT cost of moving, and those seeking to get on the housing ladder or upsizing are also struggling. A decrease in SDLT across the board would help both sides, but would it be affordable? A policy aimed only at the young, say an exemption for first time buyers might help, but it would be likely to push up prices unless the housing supply increased. Perhaps a “downsizer” exemption would help free up supply? We have previously seen the short term effect of any expected change in SDLT rates which has either accelerated transactions or completely suspended them depending on whether rates are about to go up or down. Any change, which would almost certainly be a reduction is therefore likely to be implemented with immediate effect.

Not so long ago we had higher personal tax allowances for the older generation, so it is not too much of a stretch to imagine a higher allowance for younger people. Introducing a lower rate of tax for the young would be very difficult to implement, but a higher personal allowance would be comparatively simple to introduce.

The last attempt to increase NIC by a modest 2% for the self-employed helped the Conservatives lose their Commons majority so it would be understandable if there was a reluctance to revisit this area. However this is no longer a manifesto promise and a rebalancing of the NIC rates between the employed and self-employed is long overdue. There is scope for change here. A possible increase in the age at which NIC liability starts being payable could be paid for by an increase in the self-employed rate.

Some change to discourage the increasingly widespread use of service companies as an NIC avoidance mechanism is likely. A first step towards this was the introduction last year of the “off-payroll working rules” for the public sector. A similar rule for the private sector could be on the cards, but a more radical move might be to charge NIC on family company profits at the point of earning rather than at the point of extraction (a move back towards close company apportionment for those in the older camp and with long memories). Either way this could be a big money earner for the exchequer.

Pensions have been hit hard in recent times but the sheer size of the accumulated pension funds makes them a tempting pot for any chancellor to dip their hands in to. The one aspect of pension relief that no one has dared touch to date is the 25% tax free lump sum. This allowance has no particular justification and is a historical quirk with its origins lost in the passage of time. Outright abolition would be political suicide for any party but a brave chancellor might get away with a tinkering at the edges say a percentage or two reduction if sold on the rebalancing of the age divide ticket.

The likelihood of IHT being reduced in a young people’s budget is remote. An increase is far more likely and there is already a lot of speculation around the high cost to the exchequer of business property relief (BPR). The principle behind BPR is sound, allowing businesses to be kept intact without having to be sold off to pay IHT bills. However, this does encourage people to hold onto their businesses and business assets until death, rather than passing them on to the next generation early. In the past BPR has been at lower rates than the currently very generous 100%, so it would be easy to reduce that rate. There would however be knock on effects, for example an industry of AIM listed funds has built up around the availability of BPR for IHT planning, so a reduction would be likely to have a serious impact on the value of those funds and the availability of funding for those underlying companies.

What was in the Chancellor’s Spring Budget?