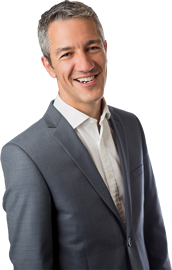 The developer ended up paying the right amount of tax based on what actually happened, but he paid a high price for not spotting, or being advised of the dangers that occupation of the property would bring.

An interesting case on SDLT was concluded recently, whereby HMRC were successful in overturning a claim for relief from the 15% rate of SDLT, but unsuccessful in their attempts to charge penalties for an incorrectly filed SDLT return.

By way of a very brief background to what was set out in the case, a property developer, through his limited company bought a house to demolish and re-develop for resale. The company claimed relief from the 15% SDLT rate on the grounds of the re-development but after it was built, a number of events transpired, and he ended up occupying the house personally with his wife for a few months.

HMRC raised an enquiry. This led to the developer subsequently paying over the extra SDLT (which was 150% more than the SDLT originally paid). The grounds for this were that as a non-qualifying individual, the company would lose the relief, if he lived in the home for any period of time.

HMRC were not successful however, in their attempts to claim the penalties of circa 25% of the tax. The reason being that they failed to prove that the developer had intended to live in the property all along.

The interesting points for me here are:
• HMRC did and do regularly raise enquiries for SDLT relief claims;
• The developer ended up paying the extra SDLT to 15%, on the basis that as soon as he took occupation (in the 3 year controlled period), he lost the right to that relief;
• The burden of proof was on HMRC to prove that the SDLT return had been inaccurately completed, which they couldn’t;
• a large part of that failure was due to their inability to disprove the developer’s intentions at the very start of the process, ie, when he acquired the property. Intentions are often irrelevant for SDLT purposes, which are more based on actual facts at the time of completion, but this is an interesting departure in the case of a relief to be claimed;
• it was suggested that if the company had not been ordinarily engaged in property development, HMRC would have had a stronger case.

I do feel for this developer.

Whilst he ended up paying the right amount of tax based on what actually happened, he paid a high price for not spotting, or being advised of the dangers that occupation of the property would bring, however innocent the reasoning for that was.

The message can only therefore be that one should always take advice before acting, and put all the facts on the table so the advisor can fully consider these.

And of course, the warning is that whenever a relief has been claimed, an extra cautious approach is needed. This applies across all taxes.