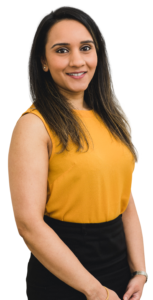 Other than a few technical adjustments, there seems to be no immediate or radical changes to CGT and IHT today however it also does not appear to have completely rejected the idea of an overhaul which still could be seen in the future.

The government has responded to the suggestions put forward by the Office of Tax Simplification (OTS) regarding capital gains tax (CGT) and inheritance tax (IHT) on 30 November 2021.

The first CGT report published by the OTS reviewed the policy design of CGT and principles underpinning the tax. The OTS concluded and the government agreed that the reforms suggested in this report would involve a number of policy trade offs and therefore the wider impact must be considered as well as any additional burdens on HMRC and will continue to keep this under constant review.

The government has accepted the following five of the recommendations outlined under the second report which looked at the technical and administrative issues, the first one of which was already announced in the Autumn 2021 budget.

In addition, the government has explicitly rejected some of the recommendations such as extending the rules for principal private residence (PPR) relief, deferring payment of CGT in  certain situations, changes on the calculation of foreign gains/losses and payment of CGT/corporation tax on lease extensions.

Has anything changed on IHT?

The March 2021 budget saw the freezing of nil rate band and residence nil rate band allowances to help fund public services. The government concluded that any other changes recommended by the OTS must also be considered in this wider context. Therefore, at this moment the government has decided not to proceed with any of the recommended IHT changes but will bear it mind for the future.

What can we take away from this?

Other than a few technical adjustments, there seems to be no immediate or radical changes to CGT and IHT today however it also does not appear to have completely rejected the idea of an overhaul which still could be seen in the future.

Such large overhauls and tax simplification would cost the Exchequer money which may be the reason for rejecting any big changes for now but simply just kicking the can down the road.

This may be disappointing news for many who were hoping to see a more simplified tax system.