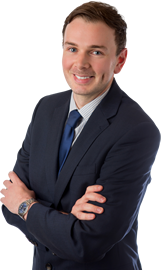 For those agreements that fall within the grey area, treating something as a contract when it should be treated as a grant could mean that income is significantly understated in a charity’s accounts. This could be the difference between being subject to audit or not, and may distort figures provided as part of funding applications.

In my previous blog I looked at what can distinguish between a grant and a contract, and what indicators can be used when considering what form of income a charity has received.

In this blog, I provide some examples on the differences in accounting treatments.

Example A – a charity provides after-school sports/social/arts clubs in disadvantaged areas. A donor (let’s assume an institution such as a foundation) likes what the charity does and offers the charity funds to cover the costs of running these clubs. The foundation is not receiving anything in return (other than knowing they have helped a worthy cause) and so this is a grant. 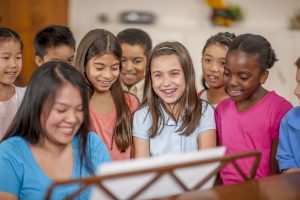 Example B – now let’s suppose that the foundation offers the funds to the charity on the condition that the charity runs a singing club at a specific school. In this case the donor is specifying on what the funds should be spent (known as a ‘performance condition’) and so the charity is only entitled to this income when it runs the singing club in this particular school. Whilst the donor is specifying the use of the funds, they are not receiving anything in return (again other than knowing they have helped a worthy cause) and so this is still a grant.

So how would the income be recognised?

The income recognition criteria are:
1. there is evidence that the charity is entitled to the gift,
2. the receipt is probable, and
3. the amount can be measured reliably.
If, using the examples A and B, the foundation wrote to the charity confirming £x would be given towards the costs of running the clubs and this would be paid upon acknowledgment of the charity of this award, then the charity would recognise all of the income at this point.

For example C, the circumstances are the same as for example B so the above points also apply.

Example D related to fees received under a contract. In this case, the income is recognised to the extent that the services detailed in contract have been provided. Therefore, an appropriate basis for determining stage of completion should be used. An appropriate basis here would be looking at the number of clubs run compared to the total number that will be provided under the entire contract. So say the contract specified 5 clubs a week at 10 schools for a 12 week term, this would be 600 sessions (5 clubs x 10 schools x 12 weeks); after the first 4 weeks of the contract, the charity is required to run 5 clubs at 10 schools over 4 weeks – a total of 200 sessions. If all 200 have been run, the charity is entitled to 200/600 of the total fees due under the contract. Any monies received in excess of this amount, are deferred.

In this case, there are no conditions attached to the grant award in Example A, and the charity meets the 3 income recognition criteria (it has been informed of the award, has no reason to suspect this will not be received, and the amount is known). Therefore, the charity recognises all £500,000 of income in 201X– even though the funds will be used to run the clubs in the next accounting period (201Y).

Whereas, for the contract in Example D, the charity is not entitled to the income until 201Y when the first club is run, but it has received the cash. Therefore, the £500,000 is treated as deferred income and so income recognised in 201X is £nil.

I have used the extreme circumstances in these examples, but this illustrates how different the accounting treatment can be. For those agreements that fall within the grey area, treating something as a contract when it should be treated as a grant could mean that income is significantly understated in a charity’s accounts. This could be the difference between being subject to audit or not, and may distort figures provided as part of funding applications. Each grant/contract should be reviewed individually to ensure the correct treatment.

Hopefully this provides some guidance when reviewing grant agreements and contracts, but please do get in touch if you require assistance with prepare your charity’s accounts.

If you´d like to get future articles to your inbox: