There are new reporting obligations for advisers and others for certain cross-border arrangements with considerable penalties for those who do not do not adhere to the rules. All advisers should be aware of their obligations as they may have to consider reporting on structures they are assisting with.

DAC6: What you need to know about the EU Directive on cross-border tax 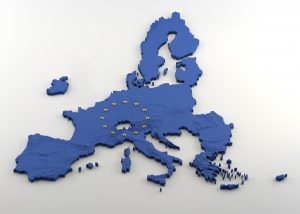 As we are reaching the end of calendar year many international groups are turning their thoughts to possible reporting obligations under EU Directive 2018/822/EU, more commonly known as DAC6. Although DAC6 is an EU direction it remains relevant in the UK, despite the UK’s departure from the EU.

The UK has had the DOTAS (Disclosure of Tax Avoidance Schemes) legislation for many years. This has reporting obligations for domestic tax avoidance schemes. In simple terms DAC6 can be considered as being the European cross-border equivalent of DOTAS. If a tax planning situation involves any single EU country and has certain hallmarks then it is reportable under DAC6. HMRC are collating reports made in the UK.

When do you need to report DAC6?

The original timetable for DAC6 anticipated reports starting in Summer 2019. Reporting was delayed due to the COVID19 pandemic and the earliest deadline by which reports will need to be submitted is 31 January 2021. The first report may necessitate taxpayers reviewing their records as far back as Summer 2018.

Who needs to make the DAC6 Report?

In most cases the obligation to make a report falls on the intermediaries who are involved in the cross-border planning. Intermediaries are widely defined to include organisations which design, market or manage the tax planning arrangements. They can be considered akin to the “promoter” who was central to the DOTAS reporting requirements.

As a safety net, and to ensure that all reports are made, there is an extension of the reportable person to the professional advisers or financers who may be involved in the design or implementation of the arrangement. This could include bankers, accountants, tax advisers and lawyers. If there are reporting requirements for lawyers then they may consider the extent to which legal professional privilege is relevant. There are still question marks about how involved in the planning professionals need to be before they have reporting obligations.

Finally, if there is no intermediary, or if legal professional privilege is available, then the reporting obligation falls on the taxpayer themselves.

What needs to be reported for DAC6?

HMRC have produced a list of hallmarks of reportable matters. They can be found on the HMRC website together with wider commentary. Many of the hallmarks are subject to a “main benefit test”. This test is designed to ensure that the reporting applies to structures whose purpose is to achieve a tax advantage. I understand that there is concern that several commercial and common transactions may still be reportable if they are not implemented to achieve a UK tax advantage.

Examples of hallmarks are cross-border payments between associated enterprises with a tax deduction in one country and without tax in the recipient country, circular transactions with little commerciality, and intermediaries being entitled to a fee linked to tax savings.

A report requires specified information about the transaction, its hallmarks and details of users. HMRC will then issue an arrangement reference number to the person who makes the report and that person must pass the number to certain users. The reporting will be online through a portal which, at this time, is still under construction.

There are fixed penalties for failure to comply with the regulations and daily penalties for continued failings. The tax tribunal has the power to increase penalties considerably, up to £1m. Penalties can be levied on a variety of parties.

There are new reporting obligations for advisers and others for certain cross-border arrangements with considerable penalties for those who do not do not adhere to the rules. All advisers should be aware of their obligations as they may have to consider reporting on structures they are assisting with. This may be the case even if the professional is not central to the project.