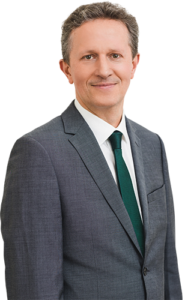 If HMRC are genuine in their desire to crack down on the inherent unfairness in the system they should make the employer once again responsible for all penalties under IR35. Faced with having to accept the risk of HMRC penalties, employers would likely stop insisting on employees setting up service companies and the problem would probably disappear overnight. The playing field would once again be levelled.

BBC paying their high earners through service companies – why is this a problem?

I have some sympathy for the BBC employees who find themselves in front of the news labelled as tax dodgers because they have been paid through their own service companies rather than as direct employees of the BBC. Whilst it may seem unfair that people who are well paid pay less tax than the rest of us, is it really those individuals who are at fault? 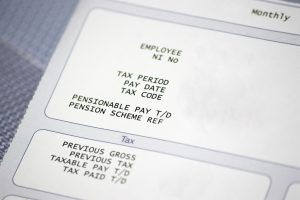 The BBC is by no means alone in this as it has now become the norm across many sectors for employers to encourage their staff to set us service companies to receive their wages. In some sectors this has become a requirement if you want to get work.

So why has this become a problem and what is wrong with using a service company to receive your income?

Actually there is nothing illegal in using a service company to receive income. By doing so you can end up with a much smaller tax bill for doing the same work and receiving the same amount of earnings than you will by receiving your wages directly as an employee. This is a fact which HMRC have been wrestling with for very many years and have seemed strangely unable to properly address.

One of the main tools in HMRCs armoury to try to cut out what is perceived to be unfair use of service companies is what has become known as IR35. IR35 actually refers to an Inland Revenue notice which first introduced the new rules 1999. Under these rules it is basically up to the owner of the service company to determine whether or not his contract with his employer is one which is really an employment and if it is to then pay over to HMRC full income tax and national insurance (both employees and employers). This is much more expensive than taking money from the company as dividends and essentially wipes out any tax advantage of using a service company. Not surprisingly most individuals who have set up service companies (either under their own steam or because they have been encouraged to do so by their employer) would be reluctant to voluntarily pay over the higher amount of tax unless there was strong encouragement from HMRC to do so.

The requirement to operate the IR35 rules falls within the self-assessment system. This means that large numbers of one-person companies are left to negotiate difficult legislation and to self-assess their tax liability rather than simply receive their earnings after deduction of PAYE tax and national insurance by their employer. This self-assessment system starts to break down when either the individuals do not fully understand their obligations or in some cases it becomes apparent that other people are not paying their fair share and not getting caught and punished. Your fair minded citizen will quickly get angry and stop complying if they see other people “getting away with it”.

This is what appears to have happened in recent years with regard to the many tax avoidance schemes which have been exposed in the newspapers recently. The BBC consultancy companies, whilst not falling within the same tax avoidance definition, are being are being tarred with the same brush due to the apparent unfairness in the levels of tax being paid.

HMRC have tried to tackle the use of service companies and traditionally have targeted those in the IT sector whilst leaving other industries alone. This targeted approach has led to it becoming the norm in some sectors for employers to insist on the use of service companies in circumstances were it not for the tax advantages it would be wholly inappropriate to do so.

What should be done?

The main problem with IR35 is that it has proved perilously difficult for HMRC to effectively use these rules to punish unfair behaviour. To my mind the reason for this is that the IR35 rules are set against the wrong person. By insisting on employees setting up services companies, employers can simply abdicate responsibility for operating the PAYE system to their workers. The risks of failing to operate PAYE properly then lies entirely with the service company so there is little downside to the main employer. HMRC then have the difficult task of investigating many individuals rather than the single main employer.

If HMRC are genuine in their desire to crack down on the inherent unfairness in the system they should make the employer once again responsible for all penalties under IR35. Faced with having to accept the risk of HMRC penalties, employers would likely stop insisting on employees setting up service companies and the problem would probably disappear overnight. The playing field would once again be levelled.

A possible alternative would be to make it a little more difficult to set up a company in the first place. The UK is unusual in not requiring a minimum capital funding for a corporate structure. Whilst this ease of incorporation is generally considered a very good thing for business in the UK, a relatively modest capital funding requirement would be likely to put off the majority of individuals who are considering setting up companies purely to avoid PAYE tax charges.