my hope is that we will see of move towards a future of greater certainty over employment status and a reducing of the gap between the tax cost of employment and self-employment.

Are you employed or self-employed? New OTS report on employment status

Are you employed or self-employed? Construction sector, contractors and consultants – Take Care 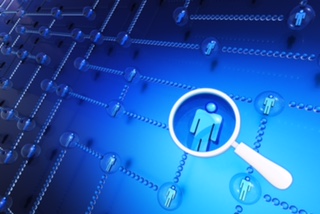 Amongst the hubbub of election promises, the Office of Tax Simplification (OTS) has issued its report on employment status. This quietly announced document may in the long term have a far wider impact on the work force than anything that is currently being proposed in any of the major parties election manifestoes, but has had little if any coverage outside of the technical journals of the accounting profession.

Who will be affected?

We generally consider these issues to be most pertinent to the construction industry and IT, but anyone working as or seeking to hire a self-employed consultant has to consider the substantial tax risks of incorrectly determining the employment status of their workers and will potentially be affected by the OTS proposals.

The OTS point out that the old fashioned view of people being either employed “firmly on the payroll” or self-employed “with the traditional jobbing plumber in mind” is no longer sufficient for the modern world with the huge growth in freelancing work. Up to now HMRC’s approach has been to weigh up all of the facts in order to determine status in any case of doubt, but this is very time consuming and needs to be considered on a contract by contract basis. In my experience this has led to inconsistent results for apparently similar situations.

HMRC have a barely disguised bias towards treating as many people as possible as employed. This is perhaps understandable as the tax yield from employment is significantly greater than from self-employment (approximately 25% more National Insurance an addition £1,200 for someone earning £35,000 per year). However, the higher National Insurance costs are not the only problem employers have with establishing employment status. Many businesses reported concerns over uncertainty in connection with employment rights as their main problem area rather than tax issues.

It is uncertain what action will be taken following this report and over what time frame, but possible solutions offered by the OTS include:

A further recommendation from the OTS report was for greater transparency in connection with the difference in the cost of national insurance for the self-employed and employed taking into account employers contributions. It will however be politically very difficult for any government to admit that the true basic tax rate for employees is actually 40.2% and 29% for the self-employed once the full cost of national insurance is factored in, but this would at least be a starting point for a more balanced conversation.

Whatever happens as a consequence of this report, my hope is that we will see of move towards a future of greater certainty over employment status and a reducing of the gap between the tax cost of employment and self-employment.