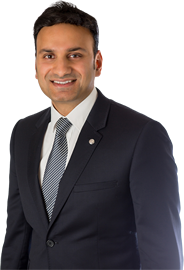 Anyone for UK Limited?

Notwithstanding, the public euphoria gathering pace with the Diamond Jubilee celebrations and the 2012 Olympics around the corner, here are the five top reasons why the UK remains such an attractive location to do business;

The UK has a long established trading history and worldwide reputation built on strong ethical business standards and commercial acumen.  Whilst the global downturn has stunted economic growth, compared to the rest of Europe
with economic unrest, bailouts, mass unemployment and threats of contagion, the UK appears positively bliss.

Incorporating a company in the UK could not be easier. For a nominal cost and with a minimum share capital of a humble £1, a company can be incorporated with UK Companies House following a few clicks on-line.  Contrast this with
Germany; minimum share capital EUR25,000, Italy ; EUR10,000 and Spain EUR3,000 for a private limited company, not to mention the extra regulatory and administrative burden.

Tax will always be one of the
deciding factors in establishing the attractiveness of the UK. With the main rate of corporation tax currently at 24%, falling to 23% from 1 April 2013, UK Ltd enjoys one of the lowest tax rates compared to its main European competitors; Germany, France and Italy all have corporation tax rates in excess of 30%.  The UK tax system also offers a wide range of tax/financial incentives including tax treaties with the sole purpose to attract foreign investment.

UK offers a world class transport network linking mainland Europe and the rest of the world and in Heathrow boasts one of the busiest airports in the World.  The UK also has an extensive broadband market and one of the strongest IT infrastructures in the world.

Cash rich foreign investors continue
to benefit from depressed property valuations post the September 2008 crash.  Coupled with the fall in Sterling against other currencies, has there ever been a better time to invest in the UK London property market?