We wish for a long period of calm and stability with minimal tax changes so we can plan for the future with certainty.

Spring Statement: A wishlist of what could have been included 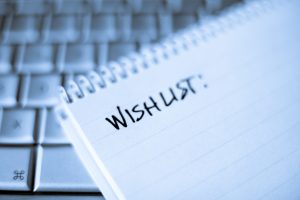 The continuing uncertainty surrounding Brexit presented Philip Hammond with a difficult task when he stood up to deliver his Spring Statement today. With forecasts dependent on whether there is an orderly withdrawal from the EU his response was to announce a full spending review in advance of the summer recess to be concluded before the Autumn budget when hopefully we will have greater clarity on our future relationship with Europe.

With no significant announcements made on taxation we decided to make good use of the experience of our tax team and its diversity in terms of age, gender and political views to come up with our wish list of tax reforms for the Chancellor which in no particular order are as follows:

With Brexit fast approaching there is a concern about a potential brain drain of highly skilled persons who undertake research and development  across many sectors. Enhancing the existing  R&D tax credits regime would help to offset that loss by making the UK a more attractive place to work whilst simultaneously encouraging further research projects.

The large increases in SDLT on residential property have been effective at dampening down the property market at the high end and discouraging buy-to-let landlords, but the Stamp Duty legislation was never designed to work for such high levels of tax and with such discrepancies between residential and commercial rates. There is now widespread unfairness in the system which needs a ground roots review.

With so much focus on Brexit the implementation of Making Tax Digital should be delayed. This is because there is inevitably going to be a change in process and reporting for importers and exporters. Forcing that change on business at the same time as the implementation of Making Tax Digital is inequitable and against the government’s stated policy of reducing red tape.

There has been net emigration from the UK in advance of Brexit of individuals from key public sector roles. Scraping tuition fees for key courses such as nursing and midwifery would help to offset the difficulties in recruiting post Brexit.

Help key sector workers to buy properties by allowing first time buyer exemption for those purchasing their first home jointly with others where the joint purchaser does not qualify. Also to exclude previous minority holdings in property for the purpose of defining first time buyer.

7. Reducing the complexity of the tax legislation

General review of the tax legislation to reduce complexity

Currently the burden of National insurance falls disproportionately on those with low to middling income. A review of the National Insurance system to remove inequality, align with income tax and reduce complexity is long overdue.

The UK currently appears to be out of step with most other countries in having a high level of inheritance tax with a relatively low entry level. Reducing the rate of tax and abolishing the current complex system of reliefs would be fairer for everyone, encourage money into the country and may even increase the overall tax take to the Treasury.

The chancellors announcement of the provision of free sanitary products at schools and colleges is welcome, but sanitary products remain subject to VAT. The government has previously stated that it “remains committed to applying a zero rate of VAT to women’s sanitary products” but EU VAT legislation has always stood in the way. Hopefully one benefit of leaving the EU will be that this change can now be implemented.

And finally, once all of the above has been implemented we wish for a long period of calm and stability with minimal tax changes so we can plan for the future with certainty.