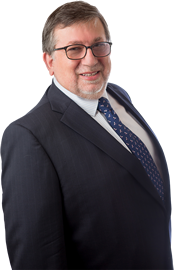 With the deepest regret, we report that Jack Finesilver, our colleague and friend who is pictured here, passed away on 30 August 2018.

A tribute to Jack Finesilver

It is with great sadness and regret, we report that our colleague and friend, Jack Finesilver died on 30 August 2018, after a short illness.

Jack joined Goodman Jones as a trainee 43 years ago. He qualified with the firm and went on to become a partner and to play a full and active role in our development over four decades.

Jack once described his early career in an article written in 1998 and it seems appropriate to use his own words, which were as follows:

“When in 1975, I was in my final year as a student reading Economics and Statistics at Leeds University I, like most students at that time, attended a number of job interviews as part of the process that is still called ‘the milk round’.

At that time, I applied for a position with the Inland Revenue. My father was so horrified by the news that he asked his accountant to telephone me with a view to talking me out of this idea. In the event, it was all for nought as I was rejected, I believe, for being overly opinionated.

History will record that I then joined Goodman Jones as a trainee Chartered Accountant. At the time I saw very little difference between an accountant and a tax inspector. The professions being mirror images in much the same way as poacher and gamekeeper have interchangeable skills.”

Jack’s interest in tax and the Revenue clearly couldn’t be extinguished as he went on to be the joint head of the firm’s first Tax Investigations team.

His 43 year long career at the firm includes a long list of roles and achievements to be proud of. Jack was our finance partner and partnership secretary for almost 15 years ceasing in May 2017. He was the firm’s Audit Compliance Partner until 2016 and our Anti Money Laundering Compliance officer from when the legislation was first introduced to last year. As this was new legislation at the time Jack became involved with the Institute of Money Laundering Prevention Officers soon after its inception, acting as its treasurer for a period.

Over and above all of this, Jack was committed to serving his clients and his colleagues, providing them with the best service and support possible in the true tradition of Goodman Jones.

However, beyond being the expert and technical accountant we all admired, Jack was committed to his wife, sons and grandchildren, and family was a core part of his life. Always happy to share his own stories, or listen to those of others, Jack’s warmth as a human being endeared him to many.

For all of these reasons, Jack will be sorely missed, but will be always remembered for his contribution to our firm and our culture.